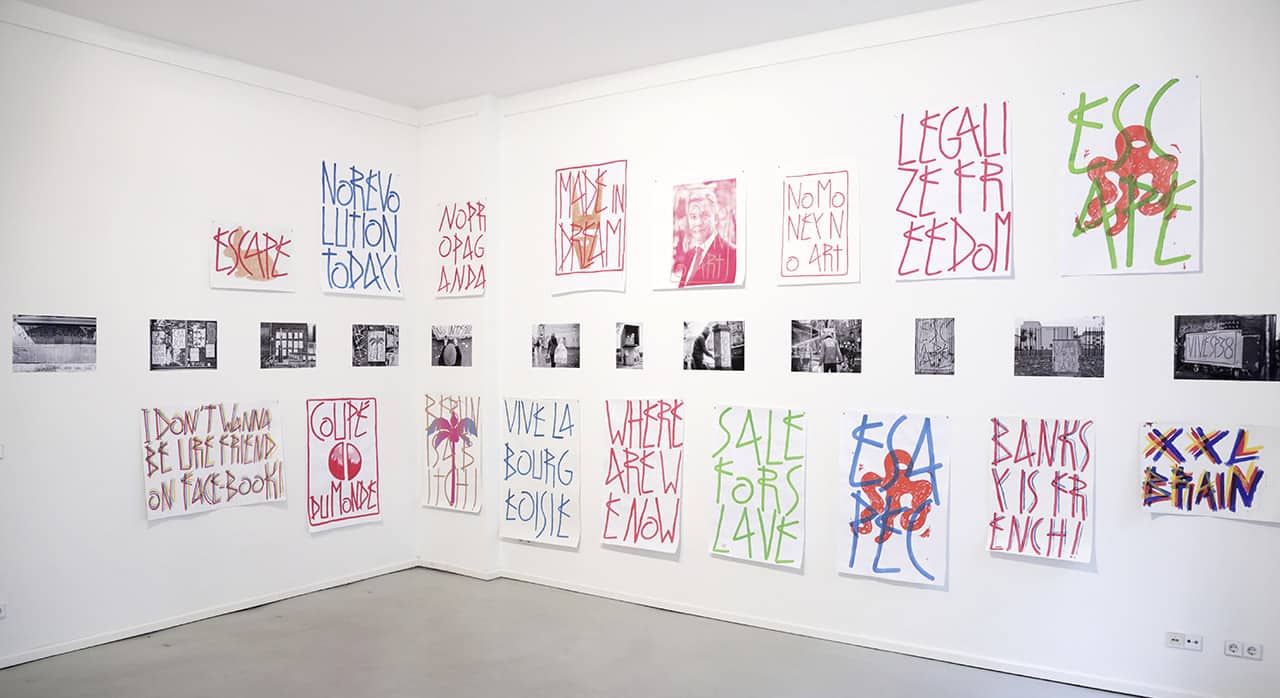 “In one way or another my work is strongly connected to the time it was created, regardless if it’s on a political or personal scale. I still like ‘Snow is Water’, one of my early works, a lot because it reminds me of my first winter in Berlin, which was a really cold and harsh one. Twenty years ago Berlin really was a symbol for a certain kind of alternative lifestyle, and it’s a bit sad to see that the city has developed in the very same direction as any other major city – which automatically implies that it lost a lot of its soul and original spirit.“

The era when Berlin was considered to be a city of enormous contradictions seems to be over once and for all. It still might feel vibrant and alive – and in comparison with other metropolises even fresh and open-minded – but the concrete jungle has slightly turned into a human zoo as society grew more decadent over the years. French artist SP38, who is based in Germany’s capital since twenty years already, is an active chronicler of this transformation as his urban poetry is commenting on the permanent change – big and small as well as personal and universal – since he first started to fuse silk-printing, typography and painting techniques and pasted the city with the results.

After a successful intermezzo in New York, SP38 is returning to OPEN WALLS Gallery this November with a new show titled “Vive SP38“, which is reflecting on his first twenty years as a Berlin resident. Showcasing twenty different posters and just as many photographs – including a brand-new series particularly made for this exhibition – this special kind of retrospective isn’t only a demonstration of his impressive skill-set, but a reminder of the fun and sense of excitement civil disobedience once contained.

“The slogans I come up with are based on literature as they are based on politics, my own past and events of the day as well. What connects them is that they’re always related to the very moment… and a lot of the slogans obviously fit to Berlin. Like the ’Swim or Die’ a poster I did when Stattbad was going down – something that sure has a universal validity for the whole city by now. And these kinda things really happen fast, the process isn’t an elaborately deliberate one. It’s like a kind of dialogue with the city, one that’s spontaneous and driven by instinct.“ 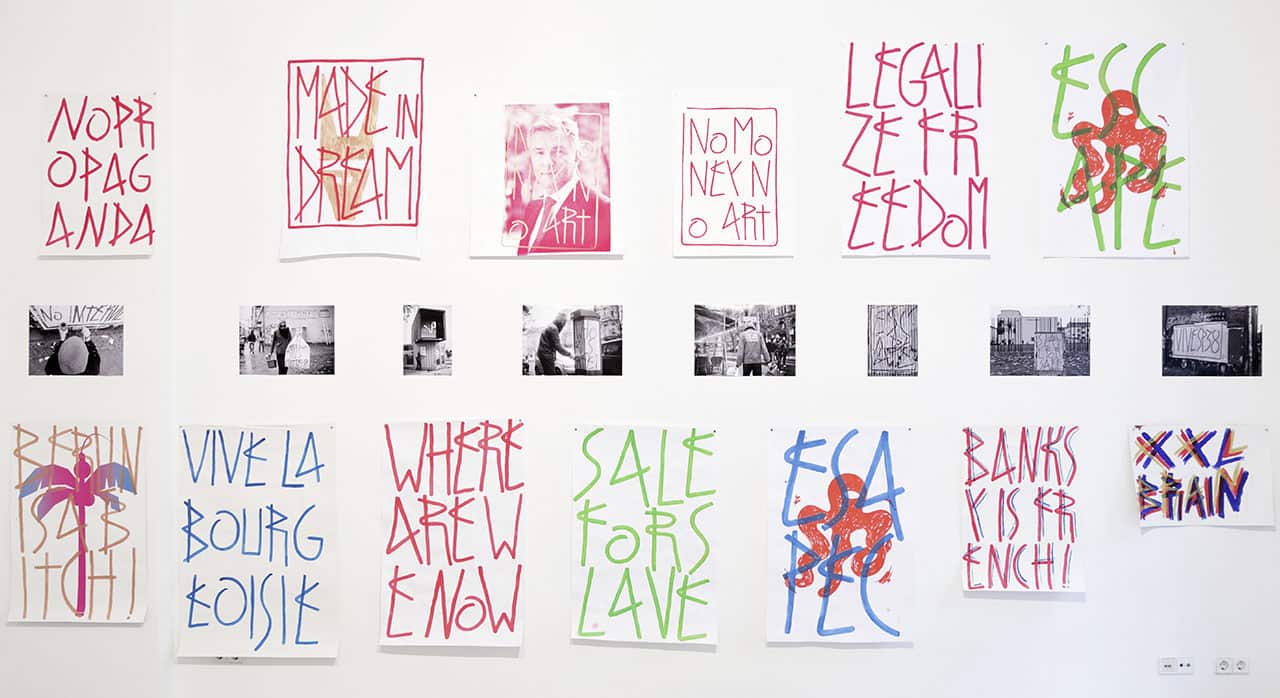 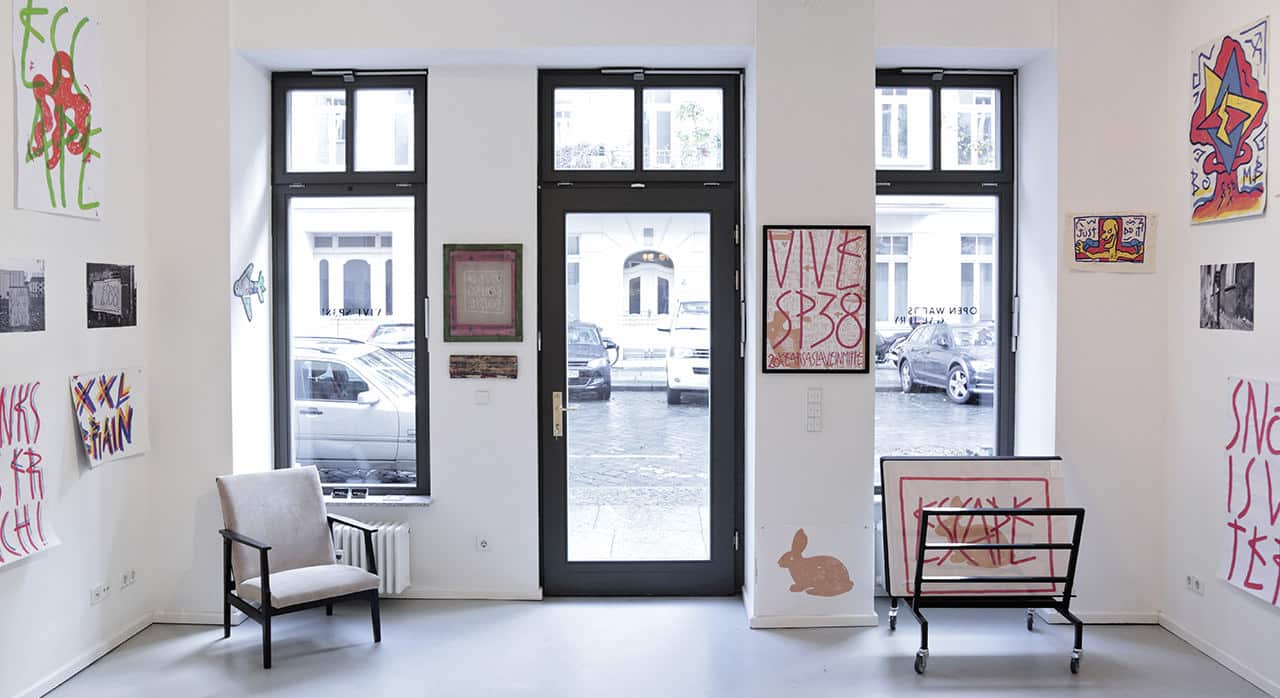 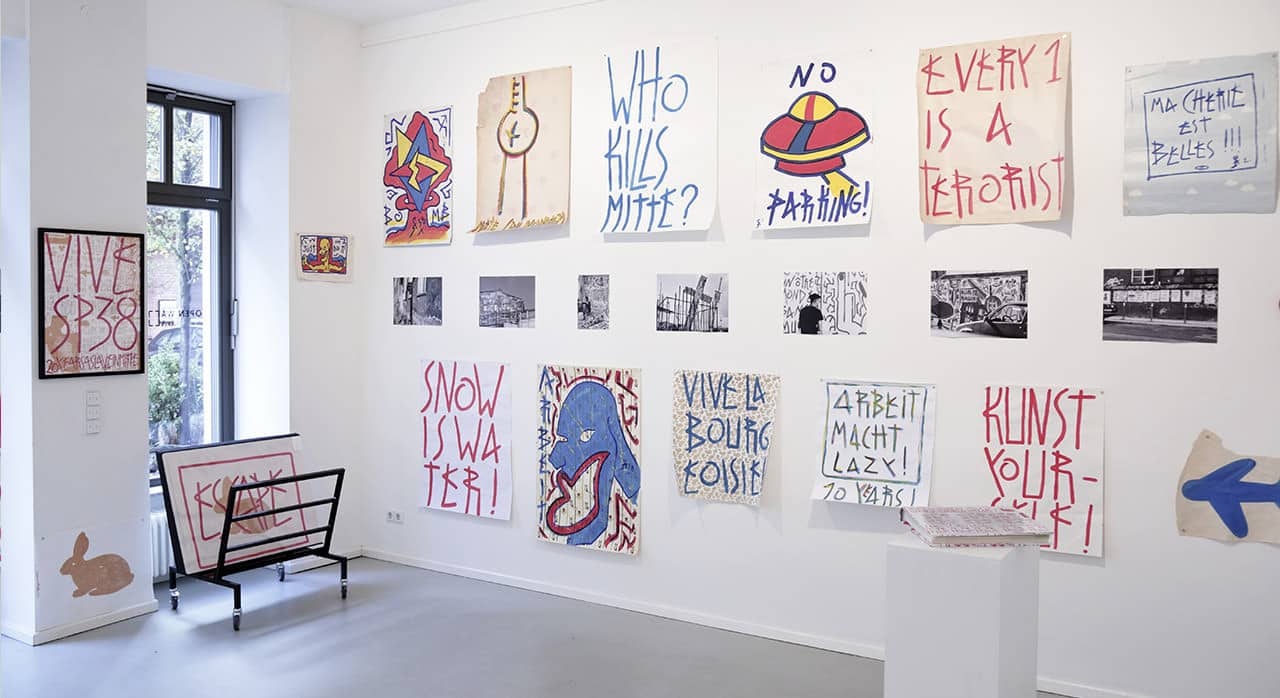 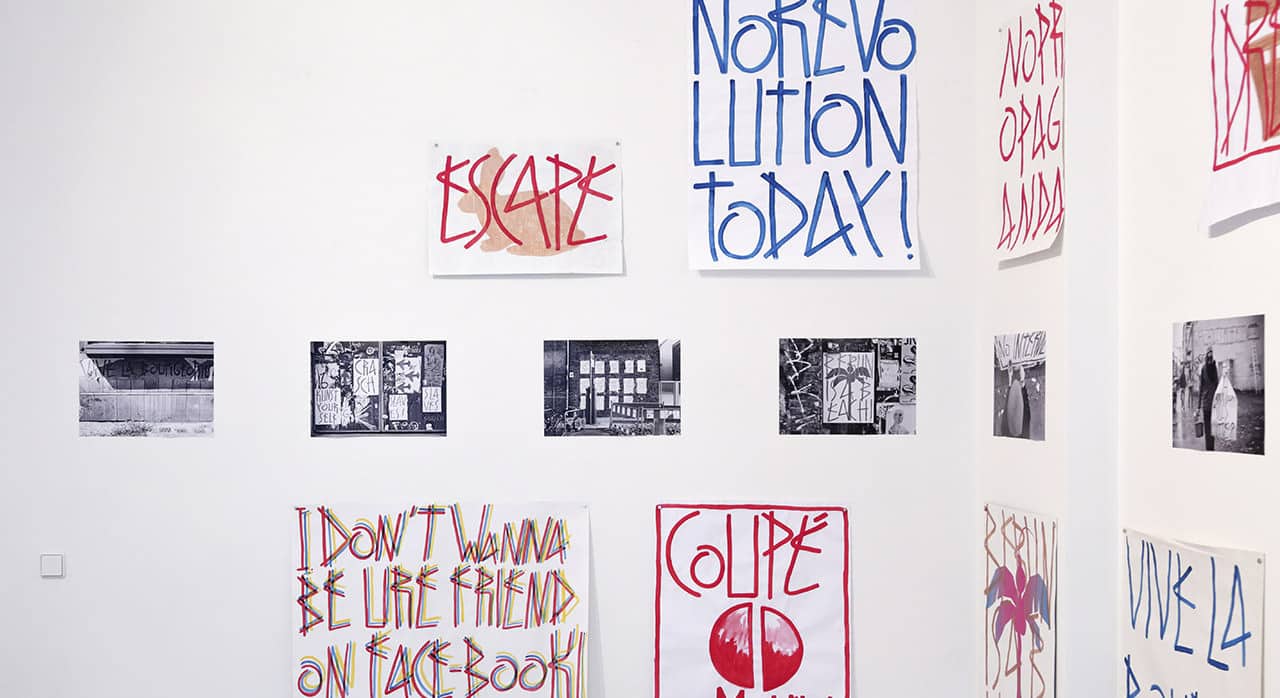 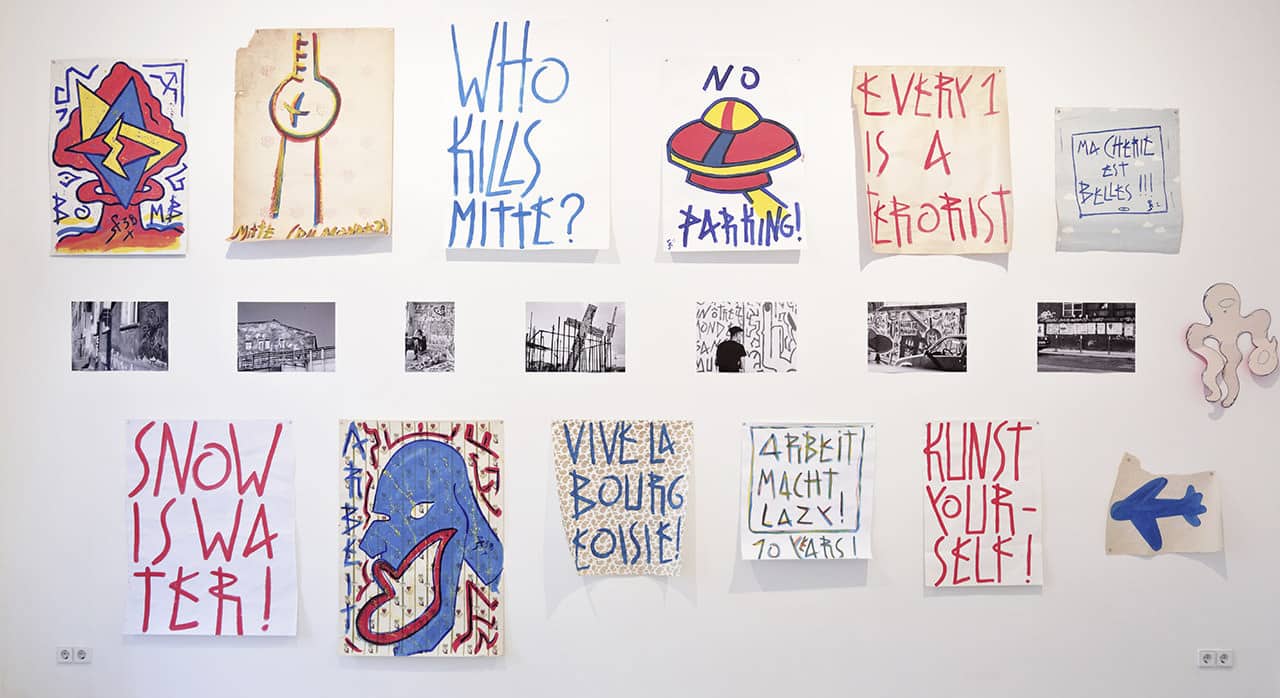 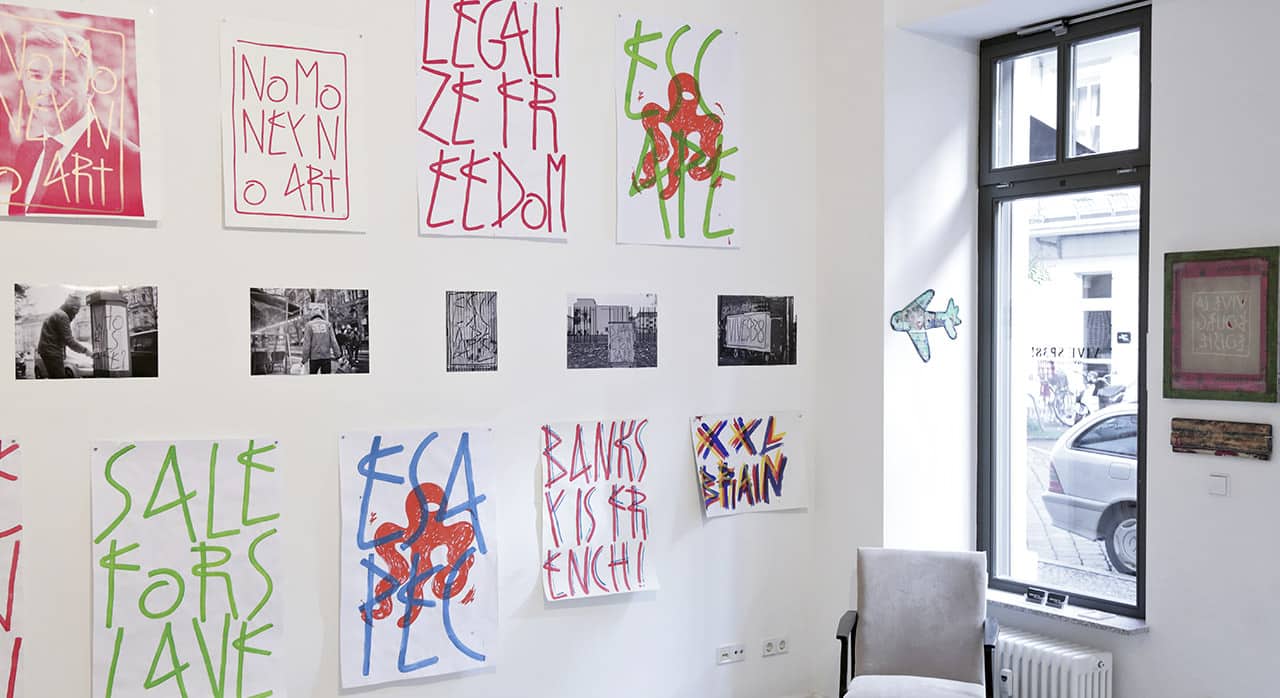