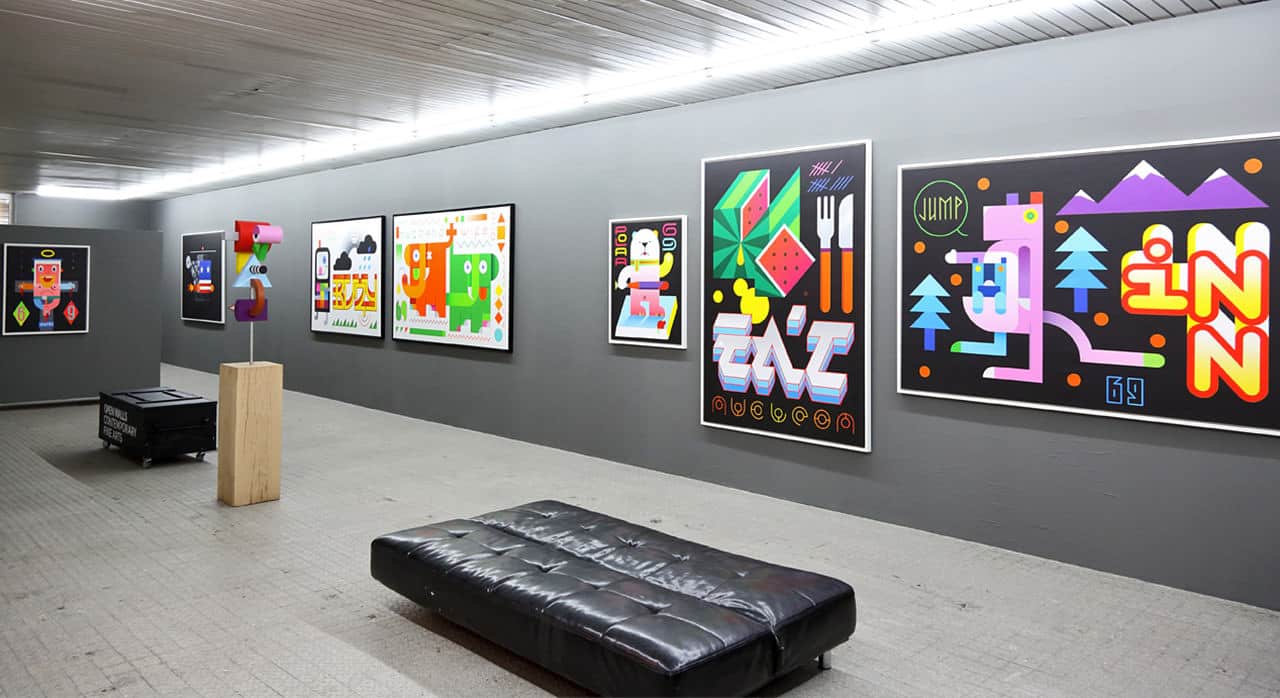 OPEN WALLS Gallery presents Die Happy! a new exhibition by Doppeldenk.
The Leipzig based duo shows a selection of their complete body of work, from paintings to sculptures, from prints to light objects, as well as early sketches documenting their creative & intimate process.

What does DOPPELDENK (german for doublethink) mean? The concept of doublethink comes from George Orwell’s dystopian novel “Nineteen Eighty-Four” and describes the power of having two contradictionary beliefs in one’s mind simultaneously, and accepting both of them. Unlock the Idea of George Orwell’s novel from total Brain- wash and combine it with self-responsible human acting you can achieve a new complex form of thinking. In this case you are able to accept the connection of two contradictionary relations and, as a conclusion, to create an own new conviction.

DOPPELDENK is not just a neologism deriving from the 1984 novel; Marcel Baer and Andreas Glauch are rather using this term as a motto for their offensive body of work, which at first sight creates a certain familiarity through its unconventional neon colors and references to pop- and sub-culture inspired themes. At second glance, however, the work appears more subversive. The Leipzig based duo uses the suggestive power of (mass cultural) symbolism, which in its creation, is usually represented as pictograms or idealized characters. 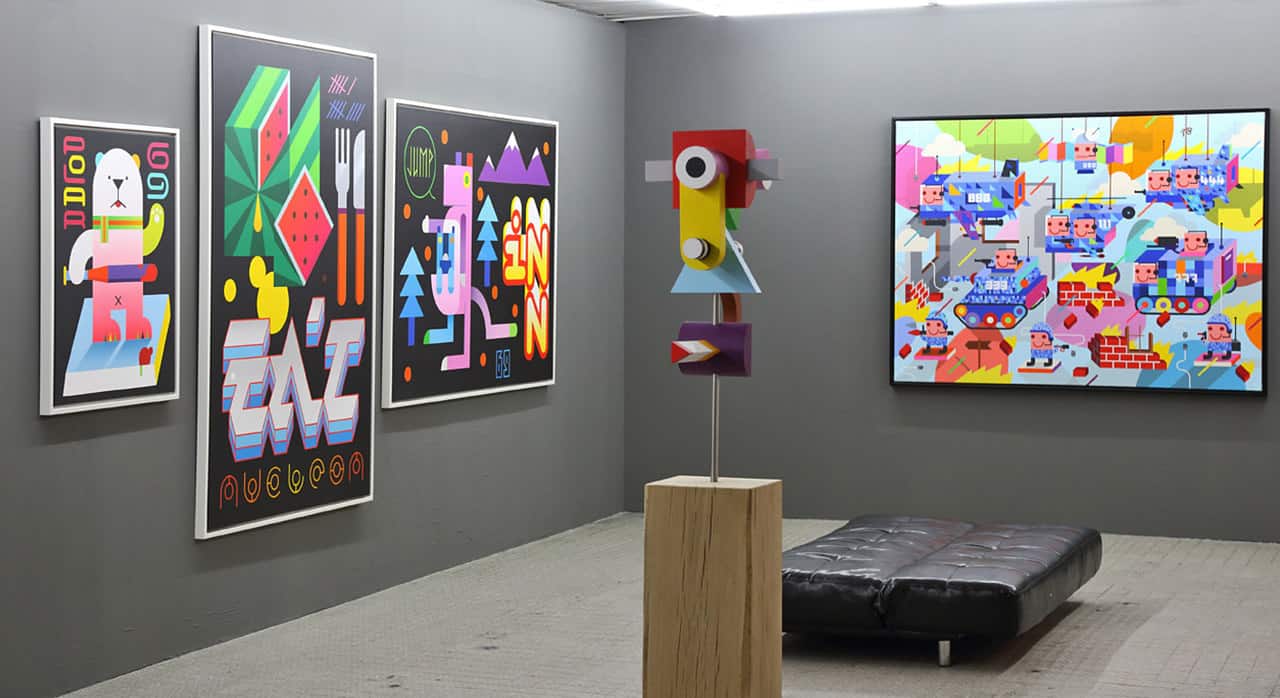 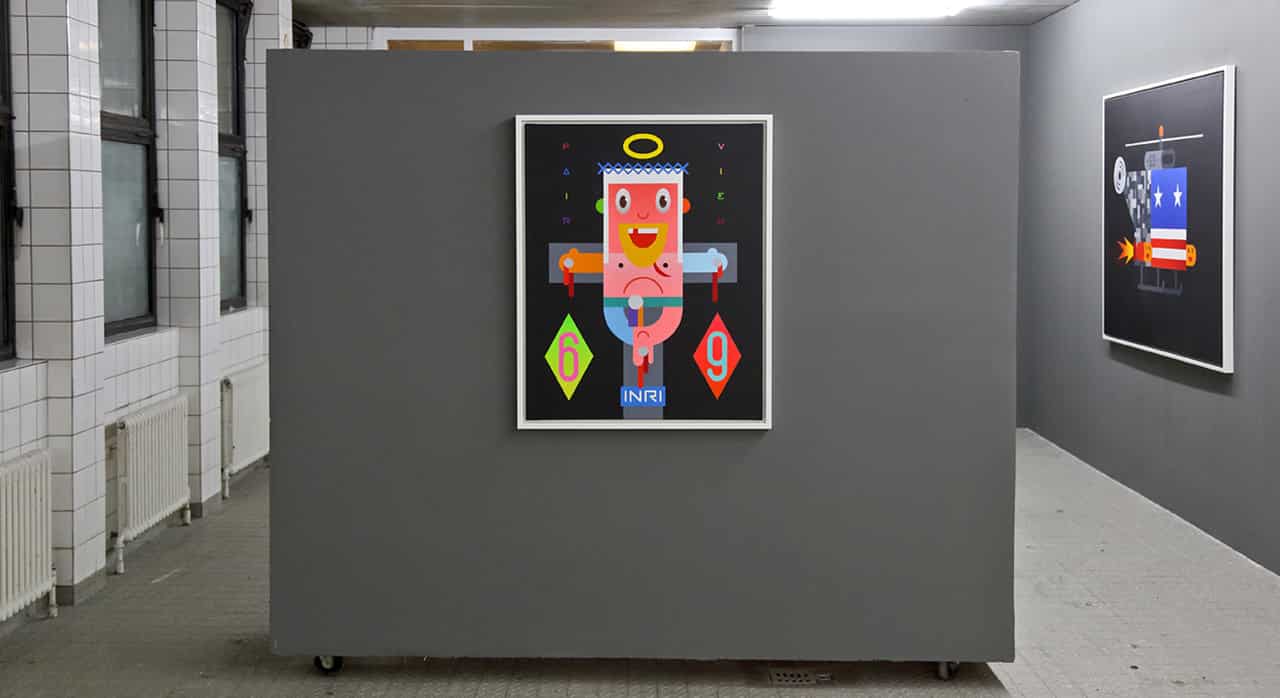 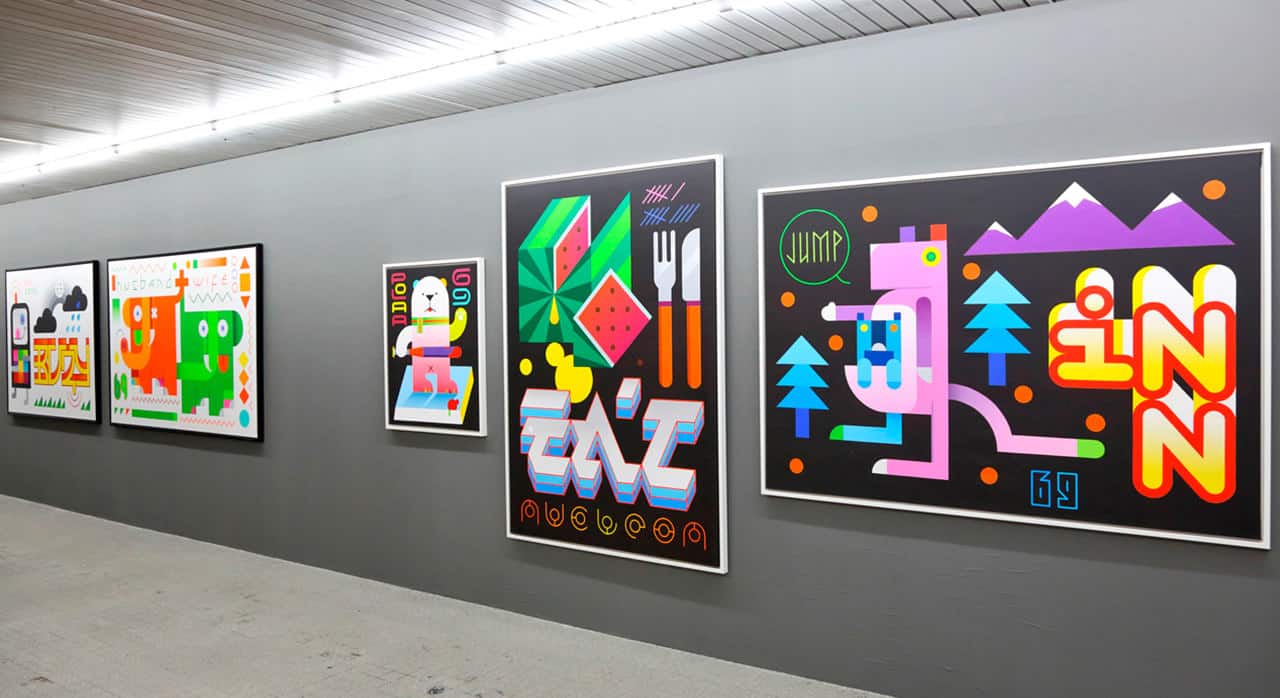 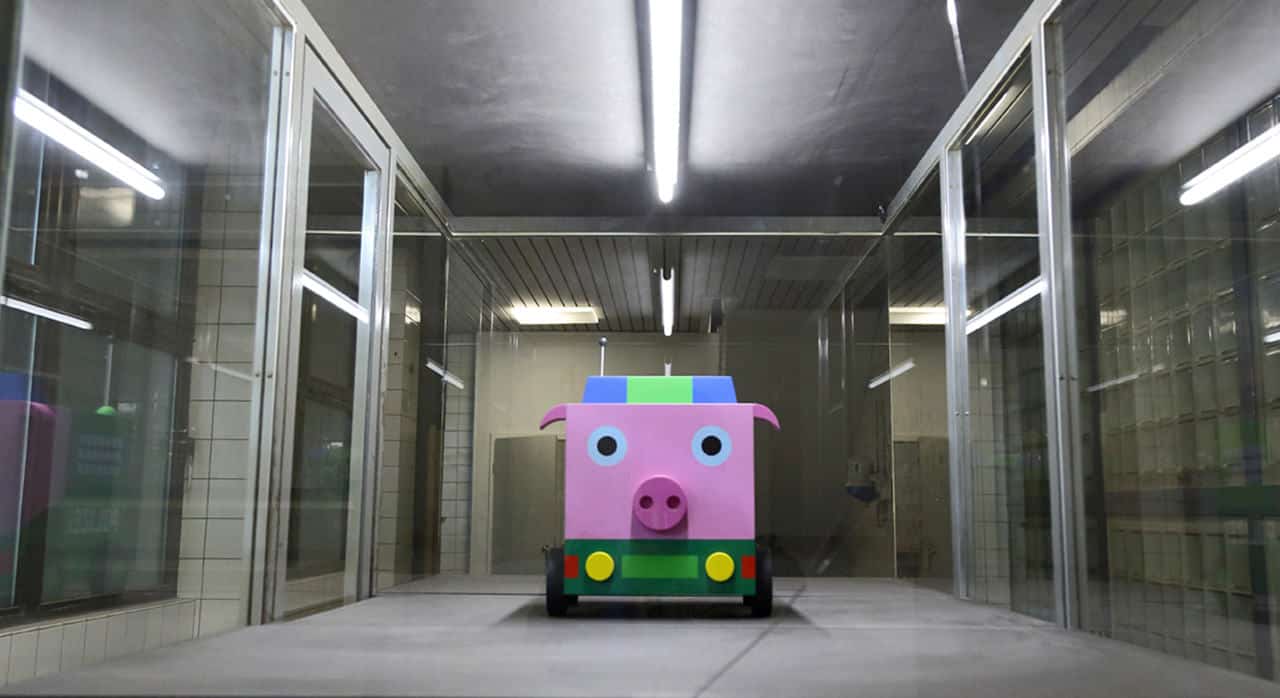 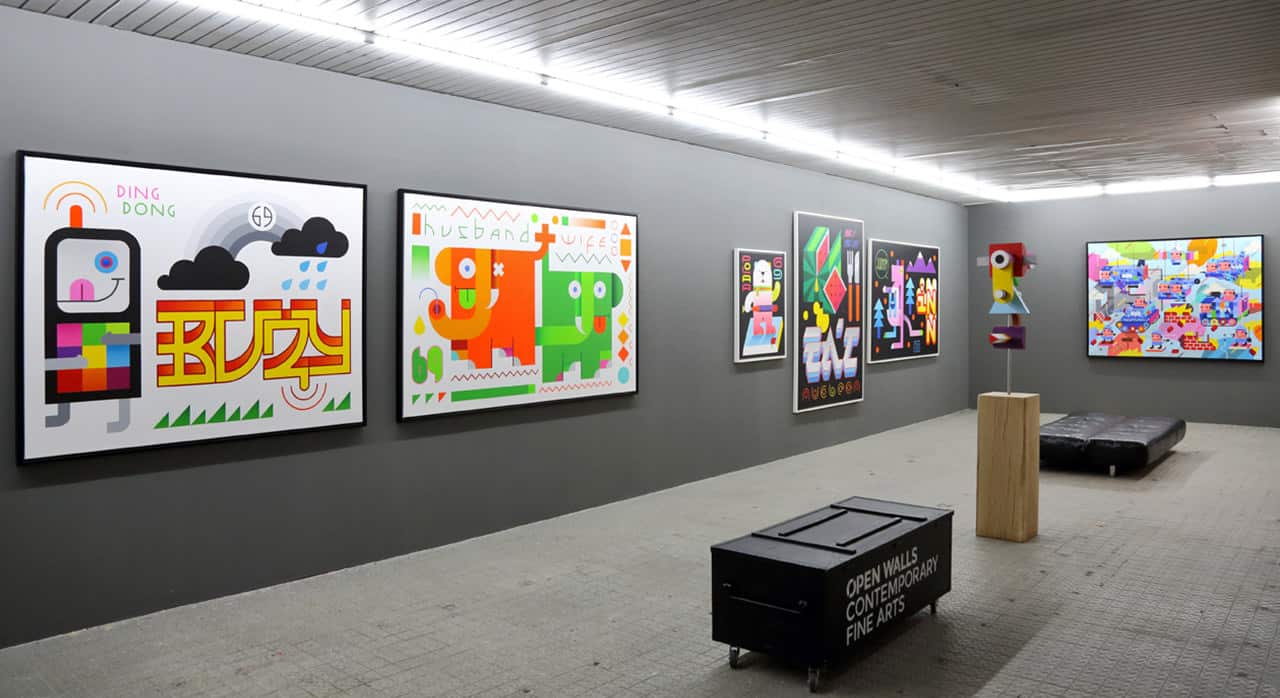 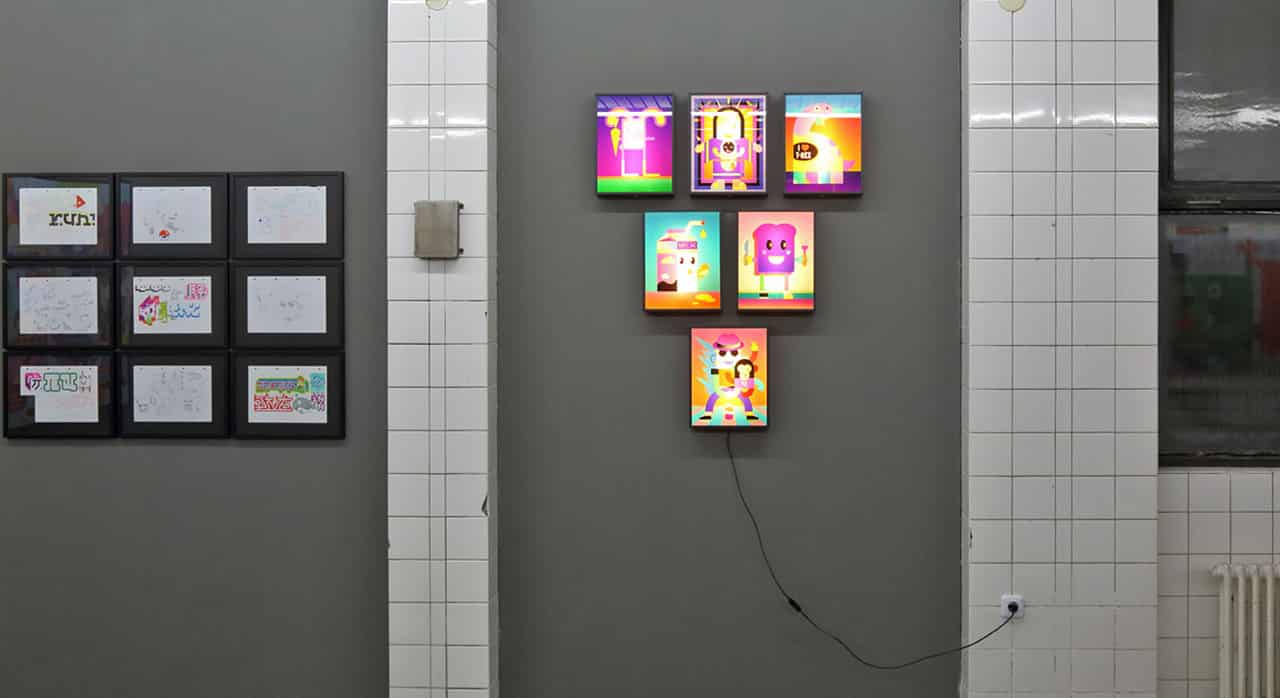 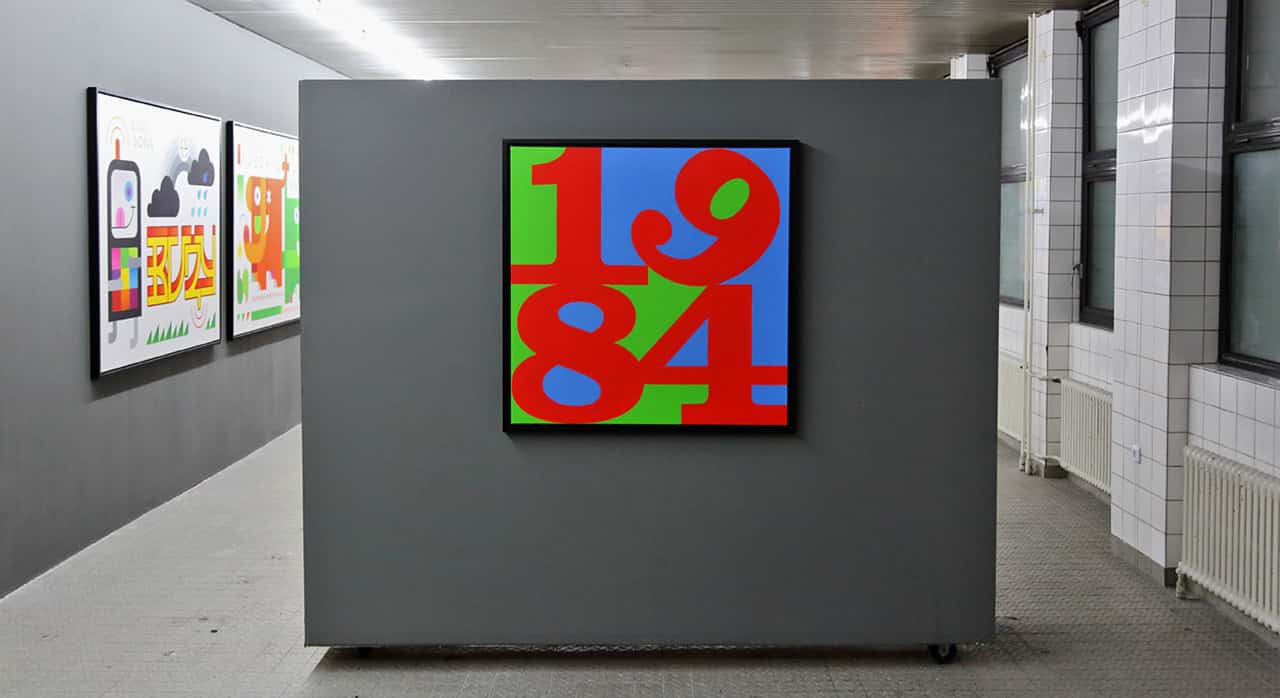