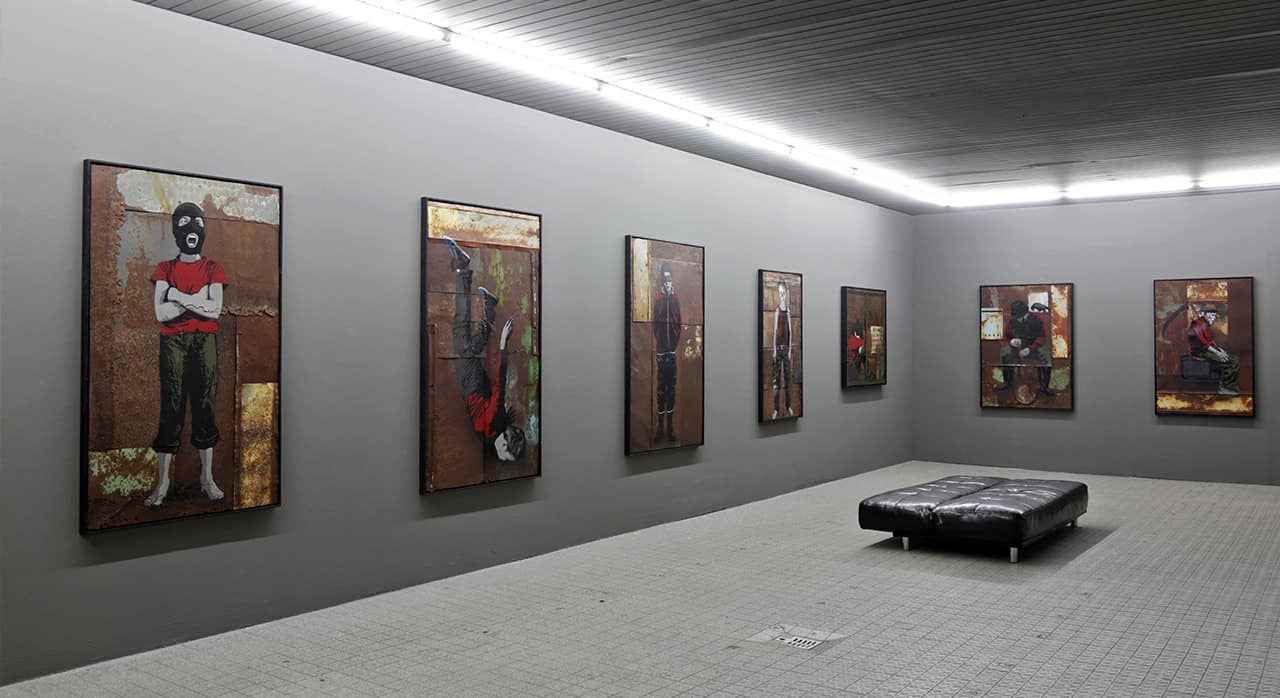 In the end it’s all a matter of perception, isn’t it? “Five years“ doesn’t sound as dramatic as “half a decade“, and what is regarded as a well-deserved timeout for some, could be described as sabotaging a career by others. Fact is, Berlin based Alias is finally back after a way too long hiatus of five years with a solo show titled “FRAGMENTS“ at OPEN WALLS Gallery.

He has never been one of the loud ones, but his art has always been of an intense presence. Touching passers-by and visitors with his highly emotional imagery placed right in the middle of the roughness of daily life,Alias left his significant traces all over the streets of his hometown Berlin and made himself a name with the predominantly black and white figures of lonesome, isolated children and teenagers struggling with the harsh realities life has to offer.

But instead of following the preoccupied line of his steadily increasing success, the celebrated street artist disappeared from the Berlin screen, and enjoyed to travel around the globe, showing new works on international art fairs and festivals and spending a lot of time in his studio – working, studying and bringing his very own style to a next level.

Now Alias is finally back in Berlin to show his first personal exhibition in five years. It’s still this very intimate moment of vulnerability that marks every subject of his artistic universe and even in his studio works – for which he often uses different untransformed recycled materials – it’s the roughness of the streets that speaks to the beholder, telling stories that reach beyond the artist and his creation. But as we mentioned earlier: In the end it’s all a matter of perception, isn’t it? 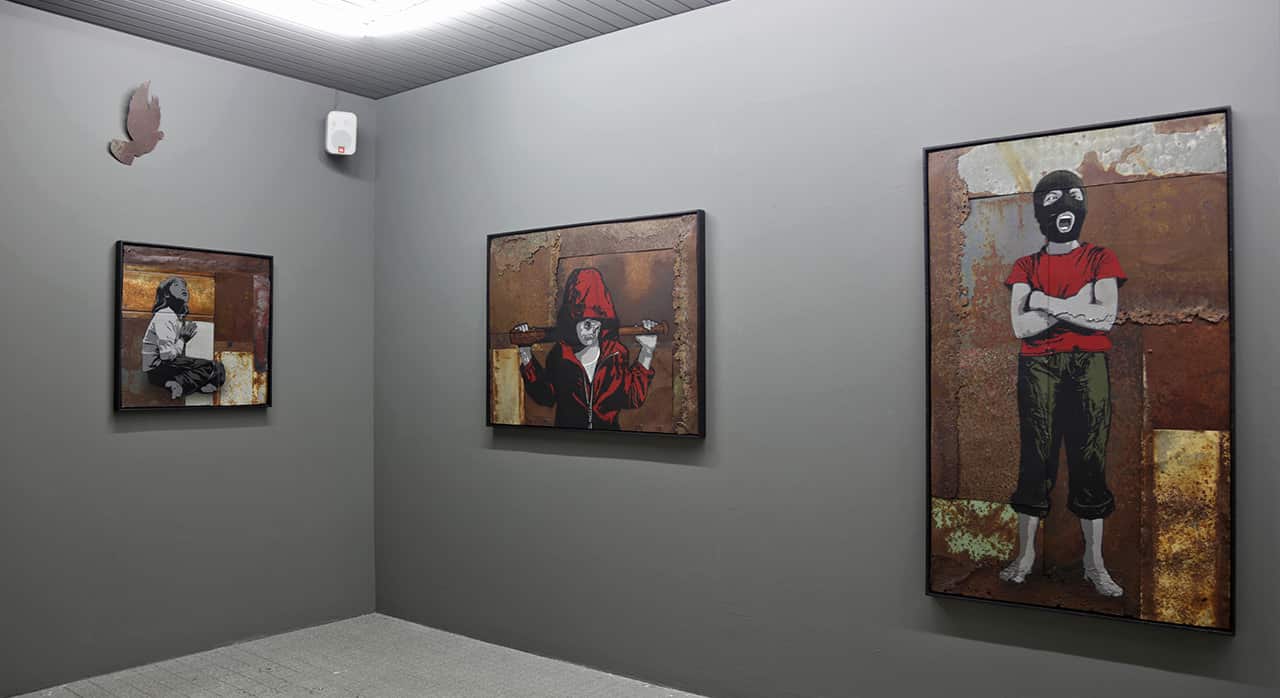 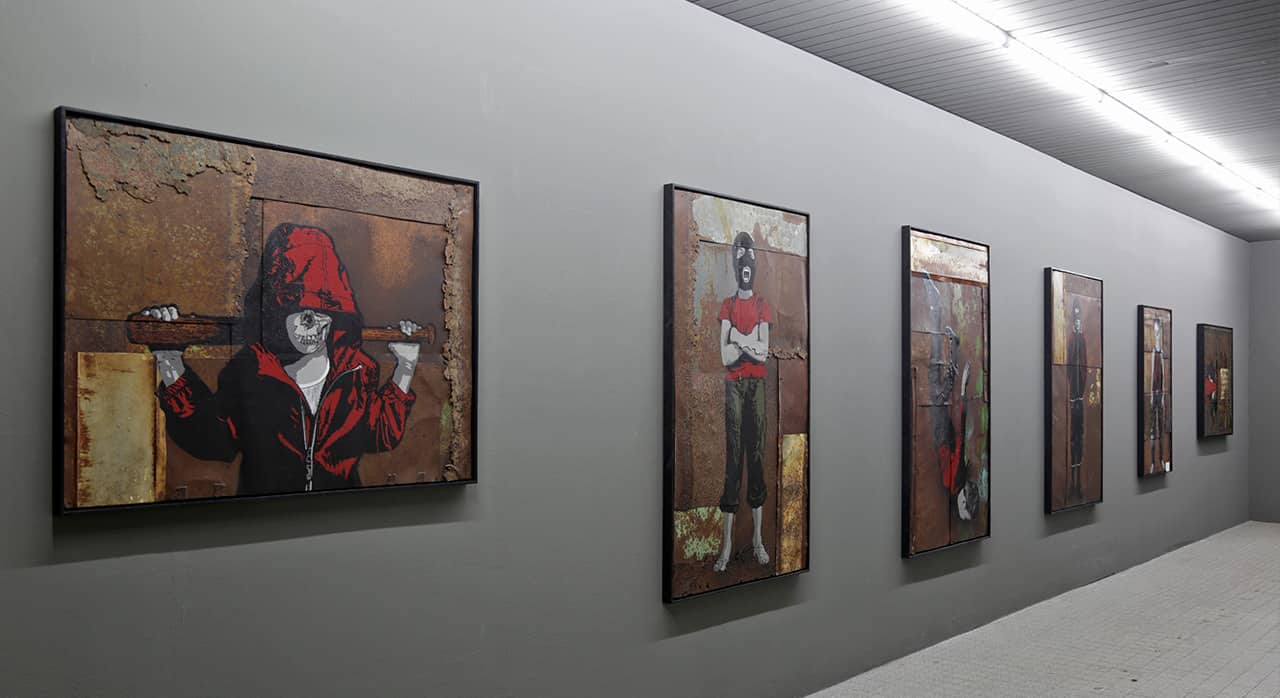 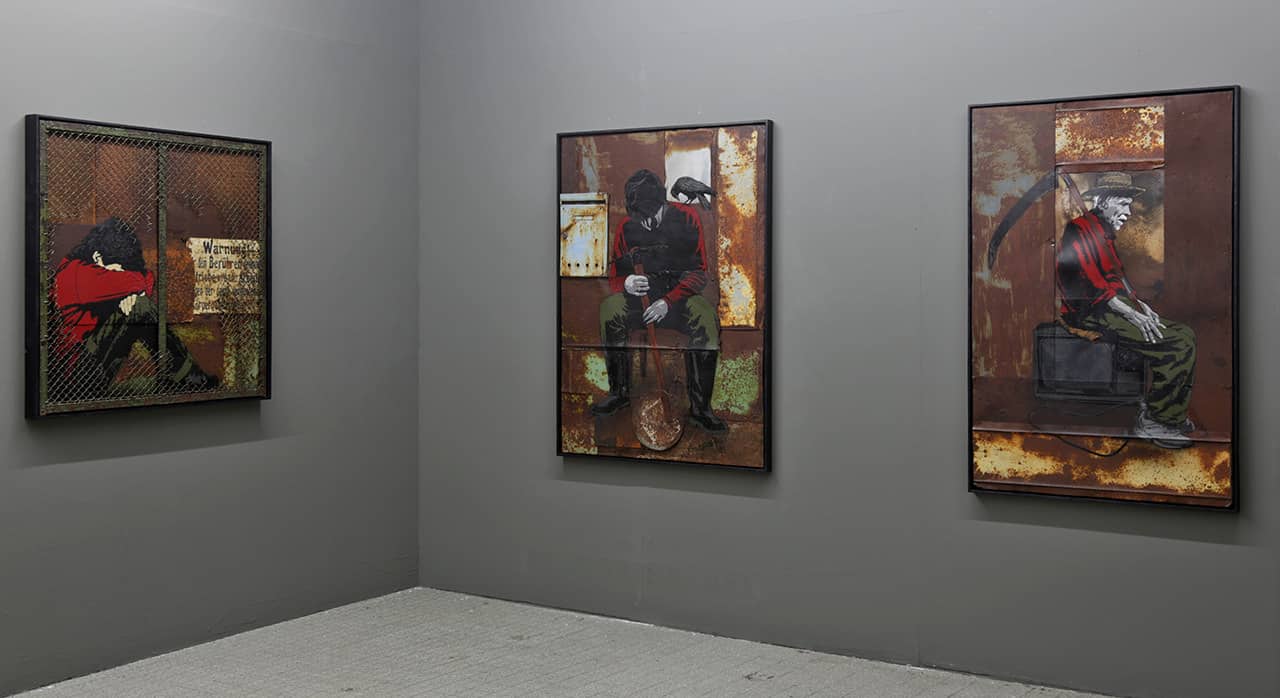 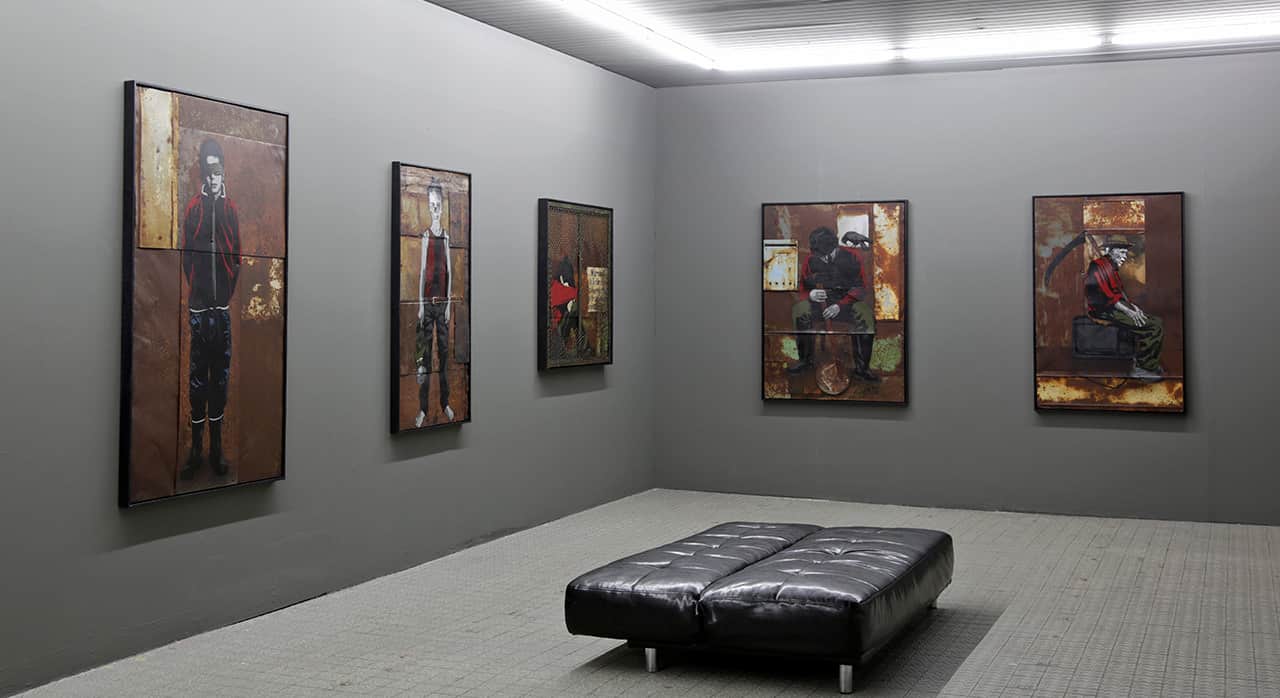