Does Berlin Need an Urban Art Museum Like This? 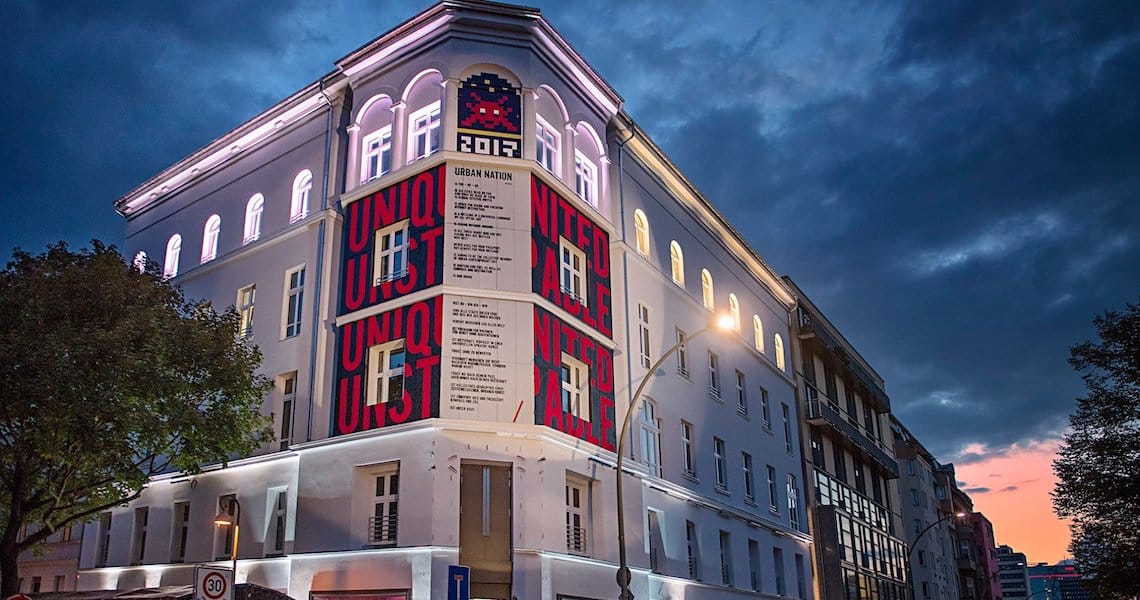 The world of social media changed everything. Without it, street art might not have become so wildly popular, but also, perhaps, not even remotely so recklessly exploited. In 2016, we got closely acquainted with the post-truth and in 2017, we have felt this phenomenon soar through every aspect of life. And street art has definitely fallen a victim. Because what seems like such a great story online can easily turn out to be something completely different.

In September, Berlin got its own “Urban Nation Museum for Urban Contemporary Art”. Announced in 2016, this aspiring “institution for art” has been successfully selling a well-curated insta-story, without any real connection to the city. Masking its real face with pretty photographs of colorful murals, well-known names of international street artists and a general hype over its projects, this young organization slid a giant serving of gentrification under the carpet, leaving the locals in bewilderment. What was presented as a perfectly innocent embellishment of Berlin’s neighborhoods was actually a supporting project for the real-estate scheme conceived by the Berliner Leben foundation, financed and managed by the urban housing company Gewobag.

To be fair, it was never a secret that Urban Nation is funded by the Berliner Leben Stiftung, so it’s hardly a surprise that it has always functioned in the interest of its prime sponsor. However, when the art-driven venture appeared, led by international curator Yasha Young in 2013, it was welcomed by the street art community as a fresh addition to the scene. Contrary to expectations, it’s a general agreement among urban art community professionals from Berlin that establishing contact and collaboration with Urban Nation has been practically impossible. Despite the community’s attempts to establish a rapport, no effort has ever been made from the other side to respond or engage. Instead, secretive deals have rolled out from it without any clear reference to the neighborhood, often including popular international artists, but excluding artists and individuals who live and create in Berlin. The end result proved to add value only to the buildings hosting the murals since these shiny paintings had little to nothing to do with the neighborhood.

When the opening of the Urban Nation Museum was confirmed, the attempt of local urban art professionals to participate was further rejected. According to the statement Jochen Küpper, the director of Urban Affairs from Berlin, gave to Artslant, “Many international artists were invited, but the local scene was mostly ignored“. Such blatant disregard for the domestic art community is the exact opposite of what the Urban Nation claims to be doing. But, since I find that results speak louder than words, let’s turn to the museum itself.

As expected, the “Urban Nation Museum for Urban Contemporary Art” was inaugurated rather pompously. Creating the buzz all across the social media and the internet outlets, it continued to create a pseudo-elite circle of supporters, flashing the names of the internationally acclaimed artists. The building opened with a great party and heaps of program-related promises, none of which endured. Many of the visitors proclaimed positive experiences at first, and the online platforms exploded with affirmative messages, all seduced by the hyped luster of the space. With virtually none of the voices praising the project is personally involved in the Urban and street art in Berlin, it’s clear that this surge of acclamations was either pre-ordered or the result of sensationalist, superficial reporting. In reality, many of the Berliners, including artists, curators, collectors and other enthusiasts, who visited the museum have seen only one thing – a candy-colored disaster.

One artist that I know compared the inauguration party to the “opening of H&M on a  Black Friday” or to the “opening of a cheap sparkling wine”, given that the atmosphere was saturated with lights, breakdance, and a loud, frivolous crowd. Having given the benefit of a doubt to the organizers later visits to the museum proved to be no better.

There are many problems regarding the organization of this institution, starting from the fact that there is no information about the artists inside the museum whatsoever, no chronology or other sensible order, no map of the space, and no documentation an interested visitor might want to read. Due to the lack of facts, the collection and the building have no clear reference to the subversive nature of Street Art, missing out on one of the key points related to the movement. There isn’t one reference to Thierry Noir and his involvement with the Berlin Wall, for example! One of the most interesting features announced, the “Martha Cooper Library”, is perpetually closed, without any information, let alone a catalog, being available. This section was imagined as a research institution, but it turned to be nothing more than a pile of books under a lock.

A curatorial approach is non-existent and it focuses on highlighting the genres of Street Art only, providing a rather superficial overview. It has no regard relating to the artists themselves and their individual or collective impact on either local or global communities. This is a particularly weak point in the collection, because it shows disrespect to some of the greatest urban art creators of our time, reducing their message to pure, entertaining visuals. Still, these visuals are also difficult to enjoy since they are hung too close together, without any space to breathe and communicate properly with the viewer. It’s hard to grasp why the museum would treat this undoubtedly valuable collection (with works by famous figures such as Futura, Blek le Rat and Banksy, but OX as well) in such a bad manner, treating it as a random accumulation of badly presented artworks. Without any contextualization at all, the exhibition offered by the museum reminds of a big booth at an Affordable Art Fair rather than of a representative collection of contemporary urban art.

And while people report an over-protective security at the opening, I have seen none of it myself. There is no mediation between the visitors and the display is further enhanced by a group of neighborhood-based (perhaps the only good thing in the project), but completely clueless staff. Seasoned with a thick layer of dust falling on the works, a lack of a lounge or cafe, and a shop offering one (Urban Nation) book only, the visit to this so-called museum leaves a bad taste in the mouth, and does not inspire a second return. To us, professionals, this blatant misrepresentation of the art we believe in also feels insulting and disrespectful. And while we can only speculate what the real reason for this failure is, it’s important to know that the Urban Nation organization is not what it says it is.

With a motto “Connect. Create. Care,” “URBAN NATION connects.” It connects its financiers with an innovative marketing channel, helping them to make more money by using street art.

“URBAN NATION creates.” It creates large, attractive, pre-designed pictures on facades that have little to do with the locale they are placed in.

“URBAN NATION approaches people, embraces neighbors, activates communities and brings together cultures in urban districts”, and it does so exclusively online, distributing misleading images and artificially hyped information. In the process, it often uses the names of respected artists who take part without knowing the whole background story.

Finally, the question of the Urban Nation Museum cannot be addressed without referring to the matter of funding once again. Gewobag and Berliner Leben Foundation are financed by state-owned funds. Consequently, this makes the state responsible for distributing money to the Urban Nation Museum project. Since the state represents all of the citizens of Berlin, we ask ourselves why did it allow such disregard for the city’s street art history and the local scene? The chain of responsible ones starts with the museum’s curator, but we don’t know where it ends (yet). What is certain, is that Berlin’s public money should be directed to better promote and represent Berlin’s public art and its history.

Finally, if we ask the question whether Berlin, in fact, needs an urban art museum today, even though the city is a vast open museum itself, many in the circle of experts might agree that it does. However, all of the urban art museums in the world are lacking in structure here and there. Even though their efforts may be honest, they don’t seem to follow a sustainable plan nor do they have consistently curated collections. The only really relevant museum presentation was Jeffrey Deitch’s “Art in the Streets”, which he presented at MOCA in 2011. Everything since does not serve this global movement justice, either in the technical or the conceptual sense.

Still, everyone will agree that if an urban art museum should exist, then its collection should be contextualized, cataloged and explained properly, that certain museum standards must be followed and that all of the announced aspects of the museum should be operational and open to the public. We must not forgo the educational aspect of such an organization, just as we must not cling to the concept of an obsolete picture gallery. What Berlin deserves is a well-planned institution, a democratic research center that includes both local and nonresident visitors, brimming with life, interaction and ideas, hopefully inspiring new generations to engage and act within their own Kiez.

What Berlin has now, thanks to the Urban Nation, is nothing other than a cheap tourist magnet and an utter disgrace.