Jordan Seiler ∙ Why I Do Ad-Takeover Work. 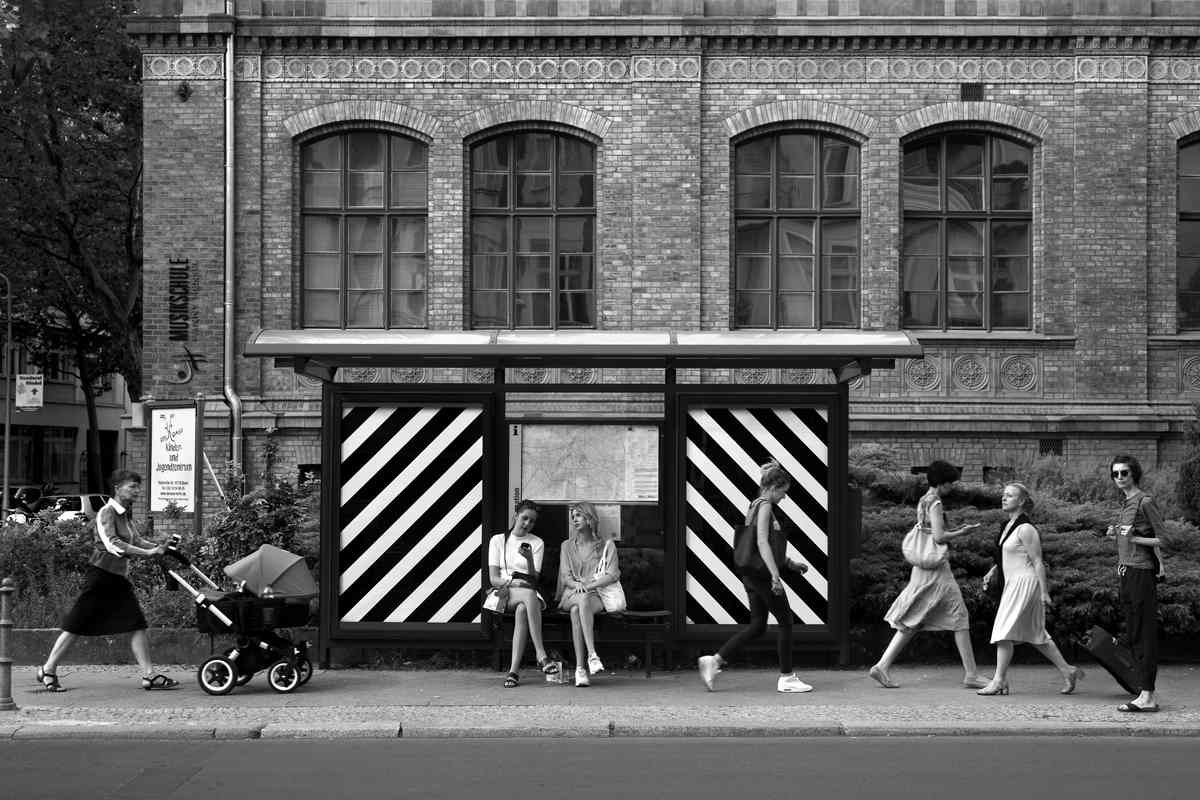 People often ask me why I do ad-takeovers and promote similar civil disobedience amongst my peers. The simple answer is that I believe ingesting too much commercial media (advertising) makes it harder for us to be mindful conscientious citizens, and anything we can do to make our personal and collective behavior better is a step in the right direction to achieving a more just and equitable world. This belief is supported by scientific research into advertising’s psychological impact on the individual, along with the resulting behavioral challenges it creates for us socially, but which is beyond the scope of this essay.

Buried right below the surface of that “why” question is another, and that is what task is accomplished by your ad-takeover work? What wrong is being righted by removing or replacing outdoor ads? And ultimately, will or could ad-takeover work ever result in real social change? I believe the answer is yes, which is why I continue to use it as the main focus of my artistic project. 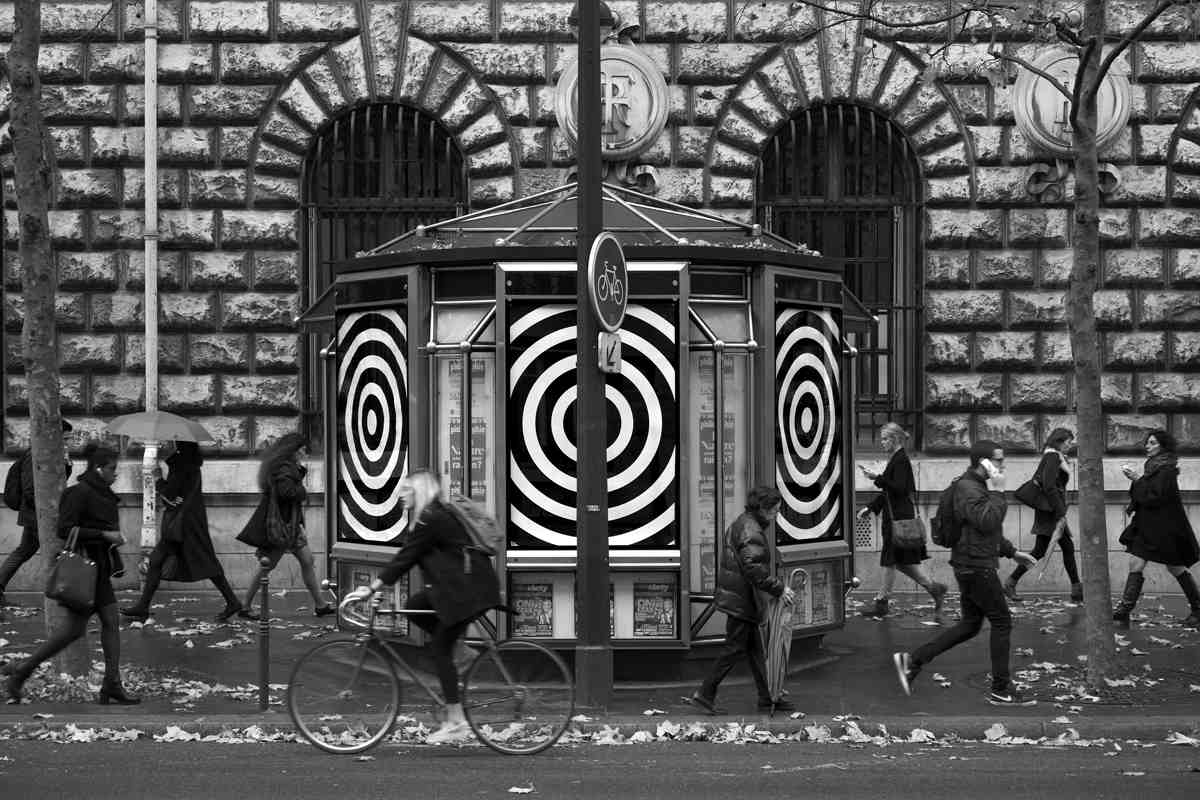 Advertising Aggression and the Desired City

Advertising is the promotion and dissemination of messages whose primary interest is to convince you to align yourself with the advertisers agenda. Often this is the purchase of a product or service, which gives the entire affair a somewhat nefarious atmosphere as the practitioners work to persuade you to their ends.

For this reason most of us are skeptical of advertising and its goals, particularly those of us who see the economic and environmental issues that our society faces, in large part due to the rampant consumerism fueled by advertising itself. Many of us also deride advertising for the social and psychological impact it has on us by preying on our insecurities or appealing to our own self-interest. Even when advertising is at its best and masquerades its activities as a gentle nudge, we see its intention with the clarity offered by the inescapable truth that it is out to change our minds.

Because of this, we all seem to intuit that the form itself is to be avoided and when asked about a more conscientious media environment, that the individual advertising tactics are irrelevant. More often than not we seek to avoid the pressure placed on us by advertising.

And yet an increasing number of our cities are offering more and more space to these messages. Today, this situation seems inevitable because so many of us have grown up in cities surrounded by commercial media, and to question it seems like a fanciful dalliance towards a dead end. We sit by and watch as billboards and placards have given way to a vast infrastructure on which outdoor advertising resides including our buses(inside and outside)-bus stops-subways-subway stations-subway platforms-subway entrances-subway fare cards-taxi cabs(inside and outside)-pedicabs-trolleys-airports-freestanding placards-building facades-sidewalks-construction hoardings-wall wraps-pop up marketing events, etc. etc. Even the skies are written on in the summer months in New York.

The deep saturation of our public environments with commercial media is written into the language and strategies employed by the industry itself, offering “station domination” campaigns to compete in already heavily media saturated environments. The fact of the matter is that navigating public space in our cities involves interacting with large amounts of commercial advertising.

As a lifelong city resident, this obvious schism between individual desire and how cities are currently practiced is difficult to swallow. It seems to defy the idealistic utopian logic of cities that I fondly invoke when I dare to dream of cities at their best; the one in which our collective will sets the groundwork upon which our cities forms and function are determined. Even my practical understanding of cities doesn’t seem to jive with the idea that what we seek to avoid, would be thrust upon us.

The obvious reason for this discrepancy between the desired city and the actual city is that there is a lot of money being made on advertising content, and more importantly on the spaces that it occupies. Like so many aspects of our lives, the public environment itself has been monetized, and it would appear against our better judgment. As unfair as that might seem, this impropriety pales in comparison to the fact that the money being made through the sale of our shared public resource is done so by selling you and your attention to companies intent on capturing it.

Your eyes are worth money and unwittingly you have become a product being bought and sold between commercial media companies and the businesses that they sell your public environment to. When looked at so plainly it doesn’t make sense to me that there would be advertising in public space at all for the simple reason that it uses a personal resource, to do something against our collective will, in order to benefit someone else. 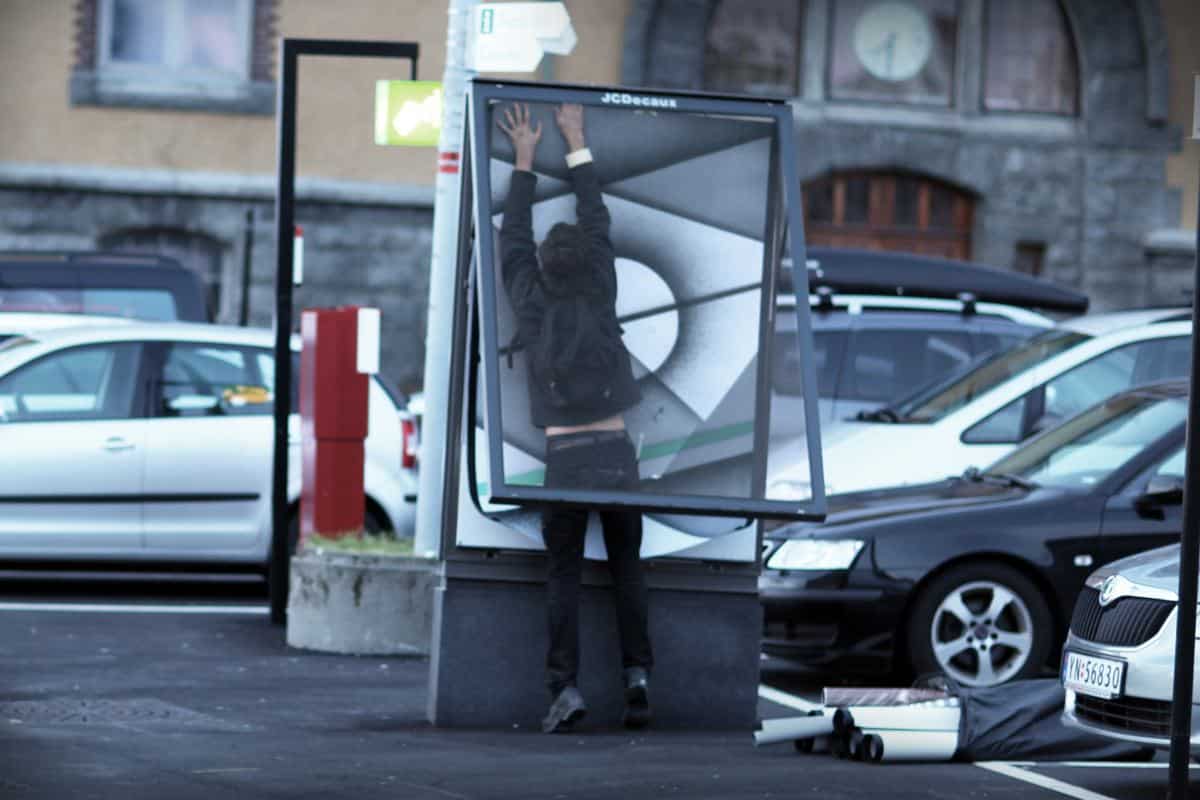 The False Justification for Outdoor Advertising

The prevailing logic behind advertising (and why we allow our cities formal arrangement to defy common sense) is that it pays for something we want in return for the nuisance of being distracted for someone else’s purpose. Public space adheres to this same logic and we are asked to believe that advertising is an integral part of maintaining our cities infrastructure.

While advertising revenue is significant, the idea that advertising is a necessary evil we must endure in order to keep our trains running falls apart under closer scrutiny. Immense profits are extracted from our cities by out of home media giants like JCDecaux that defy the assumption advertising is anything more than a way to turn the city into a profitable venture. If advertising were truly intent on nourishing underfunded public good, we would see to it that all of the profits were invested back into our city, and this is simply not the case.

Instead, the city is auctioned off and deals are made on our behalf to share portions of the revenue made from the attention we didn’t want to put on offer in the first place. So comfortable have we become with this inequitable deal that we have given up on the simple expectation of reciprocation from advertising, fully conceding that advertisings presence is just a part of modern life.

Illegal advertising, ephemeral marketing, brand engagement events, and a spectacular array of advertising techniques that fly under the radar of public policies attempting to capture small portions of public advertising revenue, run rampant in our cities. The premise that advertising should be endured because it provides a public service is simply false.

So I go out and remove ads without thought to the legality of my actions, but with an understanding of their justness when perceived from a practical perspective. I do so because like so many other forms of civil disobedience aimed at private property, it calls attention to an aspect of society that I think warrants closer inspection, but which is difficult to approach through more traditional channels of democracy.

Given my concerns about the effects of advertising on our ability to fully live as mindful conscientious citizens, which is borne out in social and psychological research, addressing the issue in a way that will result in advertisings removal, is my top priority. I have chosen to do so through civil disobedience, but there are more traditional methods available that I have forsaken and a brief explanation of why is important to answer if we want to get to the heart of what good comes of ad-takeover work.

Like many cities, New York controls the proliferation of outdoor advertising by permitting both the companies that operate outdoor advertising businesses, as well as the individual signs when applicable. This allows cities to keep some semblance of control over public space, while demanding revenue in the form of contractual agreements and yearly fees.

In 2009 I became aware that the NYC Department of Buildings had put its records online in an easily searchable database. This allowed me to look up the legality of many of the signs that looked down on our streets and to eventually realize that a company called NPA City Outdoor was operating hundreds of locations without permits, and therefore illegally. I began the painstaking process of calling the DOB Sign Enforcement Unit, tasked with policing outdoor advertising offenses, to report the illegal signage as I came upon it.

This exhaustive and lengthy process began to turn the slow wheels of justice and I watched as violations and fines were levied against each offending location. The problem was that none of the signs came down and it became clear to me that the city itself was not prepared to take on the legal might of a business with the deep pockets afforded by advertising revenue. Legal channels alone were simply not enough to combat this problem.

I then organized a large-scale civil disobedience project called NYSAT that would illegally, but very publicly, condemn the company by bringing out hundreds of citizens to whitewash all of their billboards and replace the imagery with public artworks. It was hoped that through media attention and a little bit of embarrassment, we could grease the wheels of justice and set in motion a series of events that would eventually lead to the actual removal of the illegal signs and the company operating them.

This is exactly what happened and I watched with excitement as NPA City Outdoor began a five-year battle with New York that they would eventually lose. Addressing legal advertising with these same tactics would be harder, but it seemed that prompted by a little civilian led direct action, the legal structures we had in place could actually reign in advertising and begin to remove advertising from public space entirely. 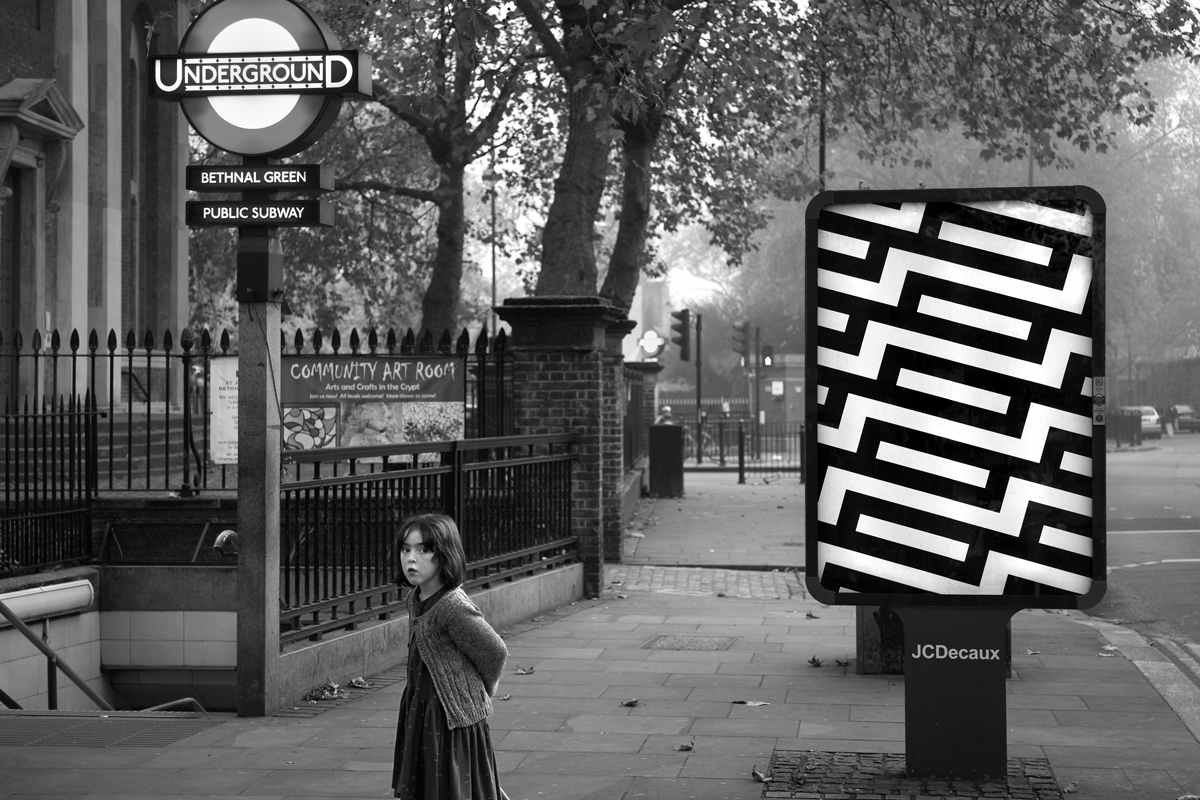 I don’t believe I could have been more wrong. Within a year of NPA loosing their court battles and removing most of their signs from the streets of NYC, their advertising tactics were tweaked and they began operating in the city once again. It was at this point that I came to realize that the profits for advertising were too great to maintain any real enforcement of the publics will. In fact, cities themselves were helpless despite strict rules and regulations; only a full change in public opinion towards advertising in public space would result in the changes I wanted to see.

Though it would appear disheartening, I quickly realized that my goal when doing ad-takeover work should not be to remove the ads themselves but to question the medium more generally. What we are doing when we do ad-takeover work is not righting any wrong, but using the medium itself to question its perceived authority in the hopes that those watching will think more deeply about the schism between what they want and what they see in front of their eyes.

In fact, to say this is accomplished through individual advertising takeovers is a little bit of self deception as most advertising takeovers go unnoticed. What we are truly trying to accomplish when we do advertising takeovers is change public opinion, and that task is done through personification and our lived experience. Like most civil disobedience against private property, my continued disregard for outdoor advertising in general and the rules that govern right and wrong in relation to it, allows me to be a focal point upon which the issue can be discussed more deeply.

Through discussion comes understanding, and through understanding comes belief, and what I believe is that cities can be better.