A Conversation with SP38 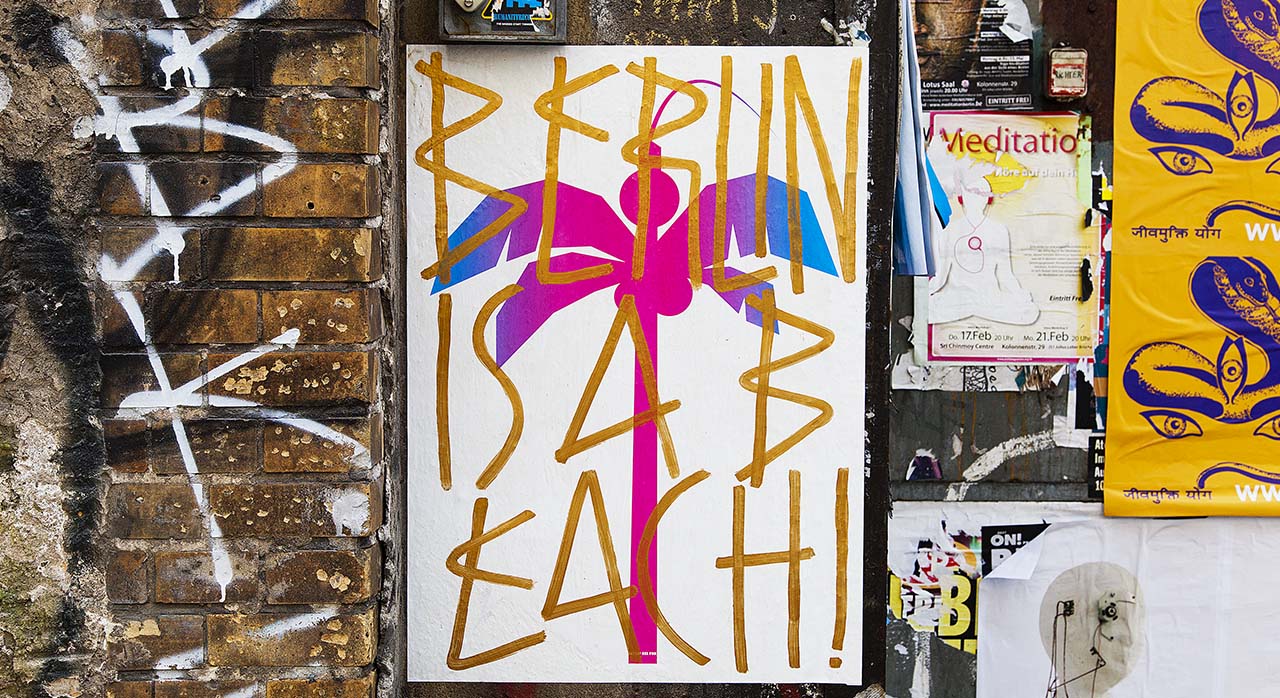 So tell us,  what is the forthcoming exhibition at OPEN WALLS Gallery all about?

Is it all new work or highlights rom the first two decades in Berlin?

It actually would be less time-consuming to produce new work, but I’d love to take this opportunity for a kind of retrospective, even though it’s really difficult to just chose 20 different ones from each field, because by now my body of work is quite an elaborate one.

What are the criteria you chose from… I can imagine it’s almost impossible for you to narrow it down, right?

I mean, I know the ones which are important to me – regardless if these particular ones received a lot of love from the public or got a rather faint response. It’s also not about the sheer quantity I printed of a particular poster, but if I clearly remember the circumstances at that time centering around making the print. But there also will be one made especially for this show… (laughs) which will be titled “Vive SP38“

Regarding your trademark slogans – do you have personal favs, maybe even some where you’re surprised that the response was rather low?

Sure. But that’s also strongly connected to the time it was created. 20 years ago there were not too many people doing stuff like this in Berlin. I still like “Snow is Water“ a lot… for me it´s one of the best because it reminds me of my first winter in Berlin, which was a really cold and harsh one with a lot of snow.

What made you move to Berlin in the first place?

I was living in Paris before, making a name for myself in the alternative art scene. As you know, 20 years ago, Berlin really was a symbol for a certain kind of alternative lifestyle – one that wasn’t connected to consumerism like today. Me and some other French artists came over for a huge exhibition at Tacheles back then… and after that I decided to stay. Or at least commute a lot more between Paris and Berlin. Back then it was so easy to find a place to stay, to do things. It was another planet, basically. 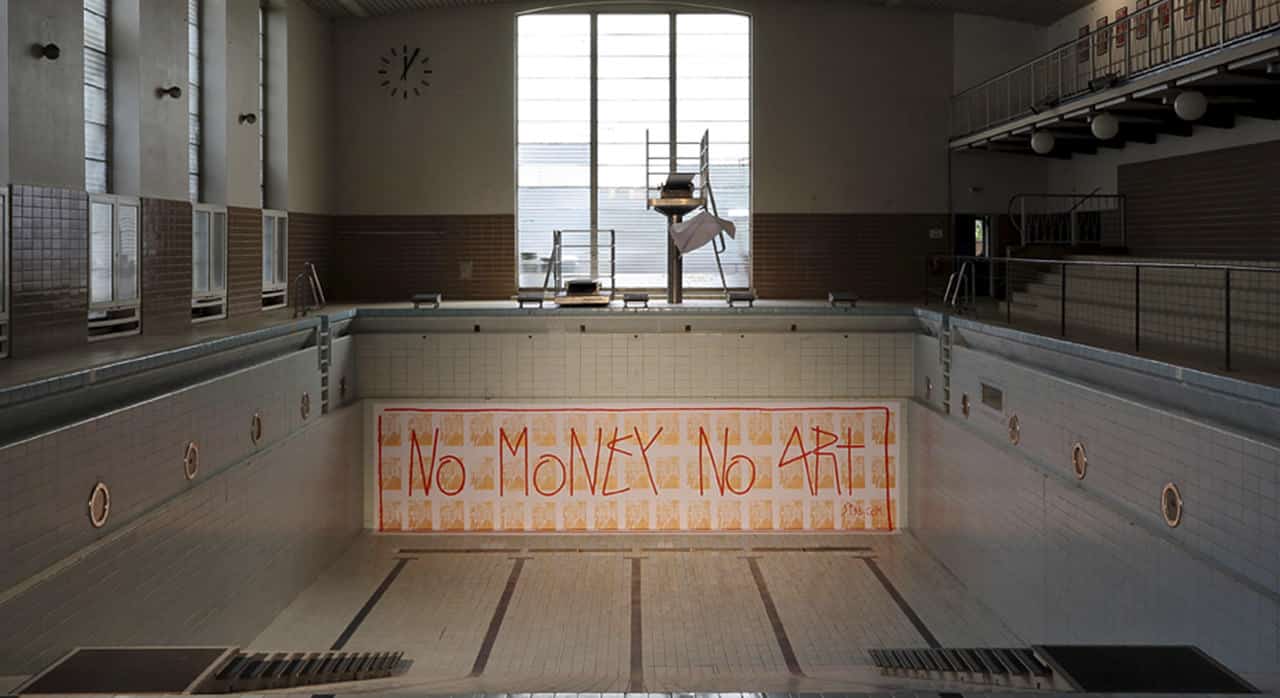 Would you move to Berlin right now?

(laughs) I don’t think so. Everything that attracted me back then has disappeared by now. The vibe of the city totally changed. It was free and relaxed. And now it´s… (laughs) well, you know what it has turned to. Berlin-Mitte back then was paradise, a fantastic playground for stimulating ideas. Everything was possible, a great time for the creative community.

But would you say that the city still somehow allows you to try and live your vision?

I think that’s over. (laughs) I don’t wanna sound bitter – I mean, after all, I still enjoy living in this city – but it has developed in the very same direction as any other major city. It´s irresistible, and some things have changed for the better as well, but it lost a lot of soul and spirit. Back then it was easy to survive, there was a network of people which always helped you out… nowadays it’s a different system. The couch you got offered to sleep on for free is now taken by an Airbnb tourist. Berlin’s test phase is over once and for all. 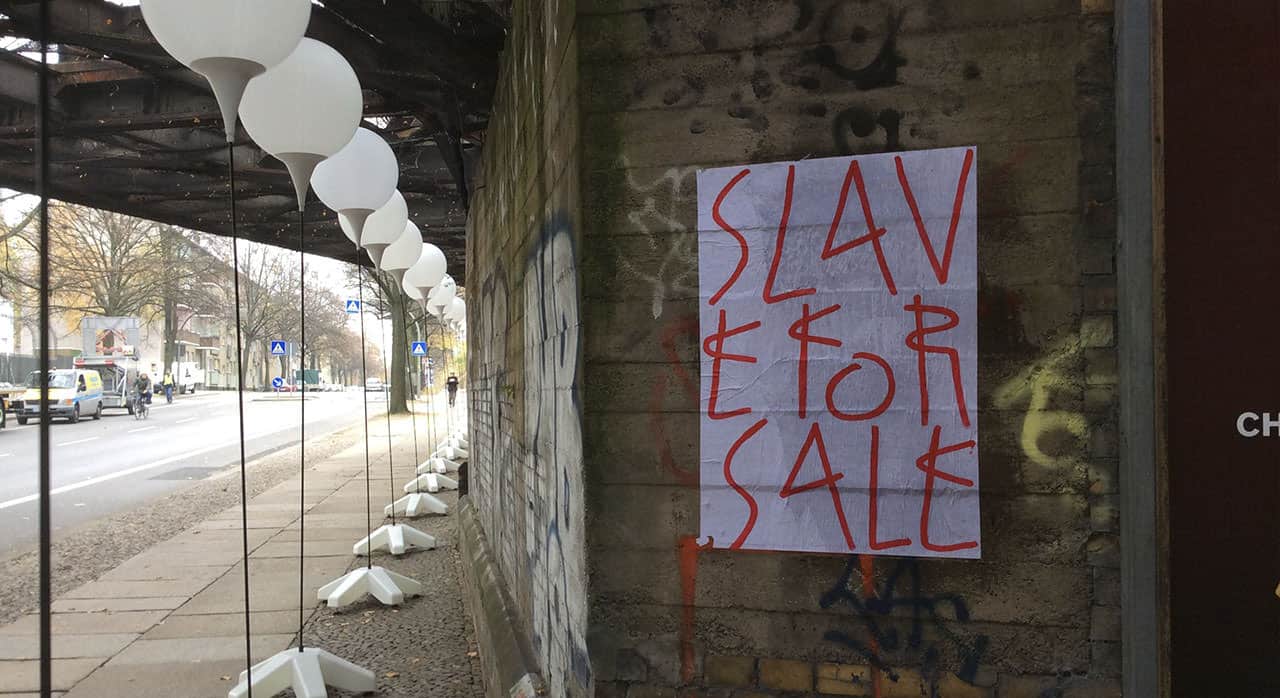 So you’re entertaining the idea of leaving anytime soon?

Maybe. Probably. But it’s different now, because I have a family and therefore things cannot be easily decided on anymore. Montreal could be an option, because it has a similar vibe to Berlin – things are changing there as well, but definitely not as fast. Berlin by now is under permanent construction, and I think that’s terrible. Bigger. More expensive. But that’s the sign of the times, right? As long as you’re living within a capitalistic system, it’s unavoidable. The big question is though: what for? And for whom?

So the converse argument would be that because of its development, there´s a chance for an urgent counter-culture as well… or is it too early for that?

It’s a bit too early, I think. The laboratory days are certainly over, so with the current development of the city it is actually really interesting to see and find out what will happen. For me, it’s always important that the artist reflects on what’s happening around him or her. It should be a kinda dialogue with the city, something driven by spontaneity and instinct. 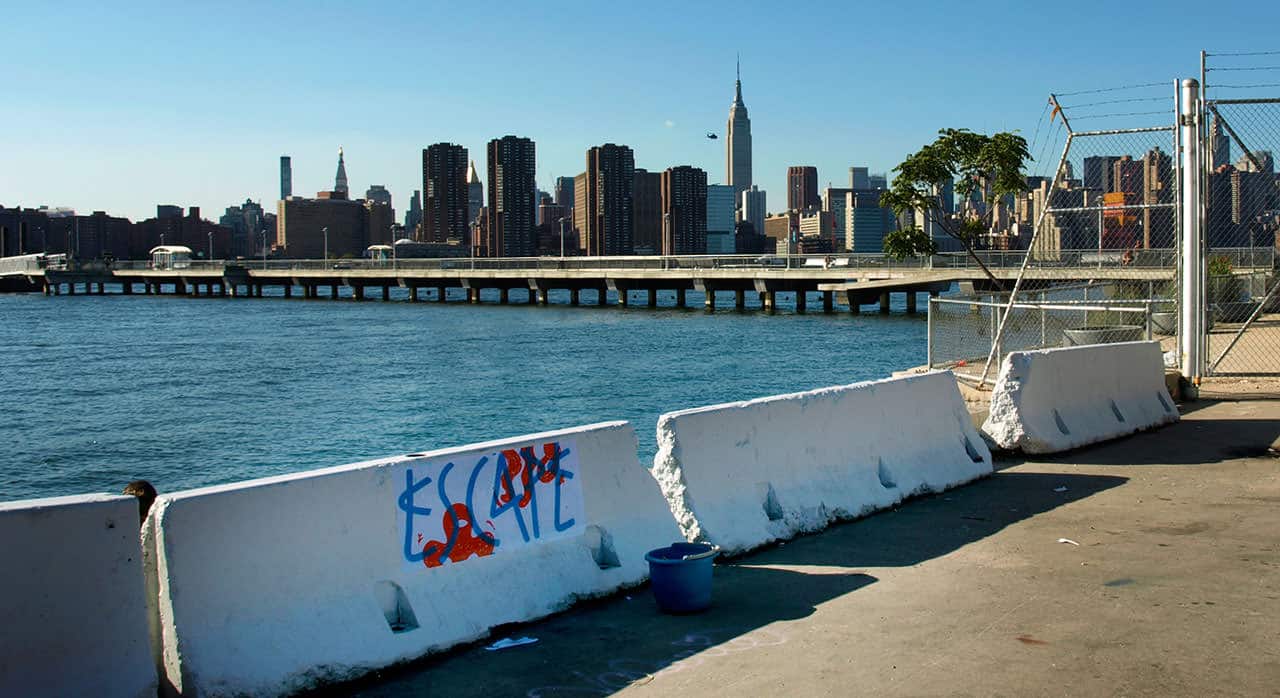 Back to your slogans, are they more inspired by literature or your past?

It’s a mix of all these things. Politics, literature, my past etc. It´s always related to the moment… a lot of the slogans fit to Berlin, sure. Like “Swim o Die“ a poster I did when Stattbad was going down – something that sure has an universal validity for the whole city by now. And these kinda things really happen spontaneous, there’s not too much complicated reflecting going on. I mean, I have a lot of notebooks where I pin down these kind of slogans – (laughs) and unfortunately I lose quite a lot of them as well.

As an artist, which were the moments you felt the most happy and satisfied in Berlin?

When my daughter was born. But that´s an obvious one. I actually have a lot of nice moments, a lot of them happened in the very past though. These days you have to think about the rent quite a lot, so obviously you occasionally like to look back on these times where things were simpler and more happy. Tacheles was great. an alternative reality. Great parties as well.

There also are a lot of small moments where you go out with friends and placard certain areas with new posters of yours. Now, you have to plan these things. But then on the other hand: Berlin still offers a lot of places where you can feel happy. For example: collecting fruit in our own garden… no other city offers the opportunity to have a garden in the middle of the city. The ambition for people to come to berlin is a different one now. But maybe that’s a generational problem in the first place. Not giving anything back. Just milk the cow and have fun. If the same people now would’ve come to Berlin 20 years ago, they would’ve never stayed. It was too dark and rough and shady in a way.