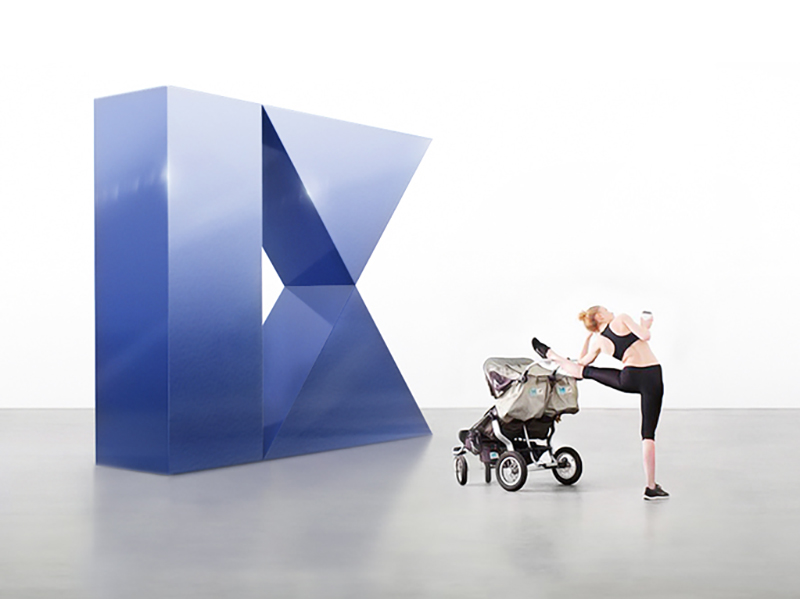 This article may or may not be dedicated to the 9th edition of the Berlin Biennale. It may or may not copy the creative announcement written on the official website of the event. It may or may not tell you that this would be the perfect excuse for you to visit the German capital, just in case you needed yet another reason to do so. That’s hard to believe though. But if you do happen to be here between June 3 and September 18, 2016, you will find yourself in the middle of a unique frenzy that will take the city by the artistic storm once again. Because the Berlin Biennale is not afraid of anything… except maybe documenta, the only other art exhibition that may or may not be more important in Germany right now. The 2016 edition of the biennale is upon us, and we’re just too eager to see who the curators are and what it is they cooked for us this time round. But first…

The Story of the Berlin Biennale for Contemporary Art

Since the year 1998, the Berlin Biennale for Contemporary Art has been taking place in various locations of the German capital every other year. Over that time, it has established itself as one of the country’s most significant events in the field and is now underwritten by the German government itself, through the Kulturstiftung des Bundes (Federal Culture Foundation). It is described as an “outstanding cultural event” and an “open space” that critically examines and experiments the latest trends in the world of the arts and it’s been proudly calling itself an “art lab”. Since 2004, the event has been supported by the KW Institute for Contemporary Art.

The very first Berlin Biennale took place between September 30 and December 30 1998, when just some random names like Klaus Biesenbach, Hans Ulrich Obrist and Nancy Spector united their not-at-all influential figures to create something similar to the Venice Biennale. Ambitious? Very. Occupying three locations of the capital, such the Kunst-Werke Institute for Contemporary Art in the Mitte district, the Akademie der Kunste in Pariser Platz and the postal centre in Oranienburger Strasse, it gathered around more than 70 artists, also nobodies like Franz Ackermann, Thomas Demand, Olafur Eliasson, Rirkrit Tiravanija, Jonathan Meese. What’s interesting is that, at the time, most of them really were unknown, but after the Berlin Biennale, they definitely caught the public’s eye. What followed is seven other highly successful editions, curated by Maurizio Cattelan, Massimiliano Gioni and Ali Subtonic in 2006, for example, Kathrin Rhomberg in 2010, or Juan A. Gaitán in 2014.

The Berlin Biennale is shaped by different concepts of curators who are appointed to enter into a dialogue with the city, its residents, tourists and just anyone, people interested in art as well as the artists themselves. The curators are in charge of choosing participating artists, after which they establish and introduce the annual theme. Thanks to the government funding of the 9th and the upcoming 10th edition, the organisers and curators of the Berlin Biennale have been given a rare opportunity to experiment and really make something out of the creative content, so we shall definitely expect the unexpected. Their first step in this exciting journey started with the choice of curators, in form of a radical New York art collective – but then again, stark shifts in curatorial tones are simply a part of the process here. 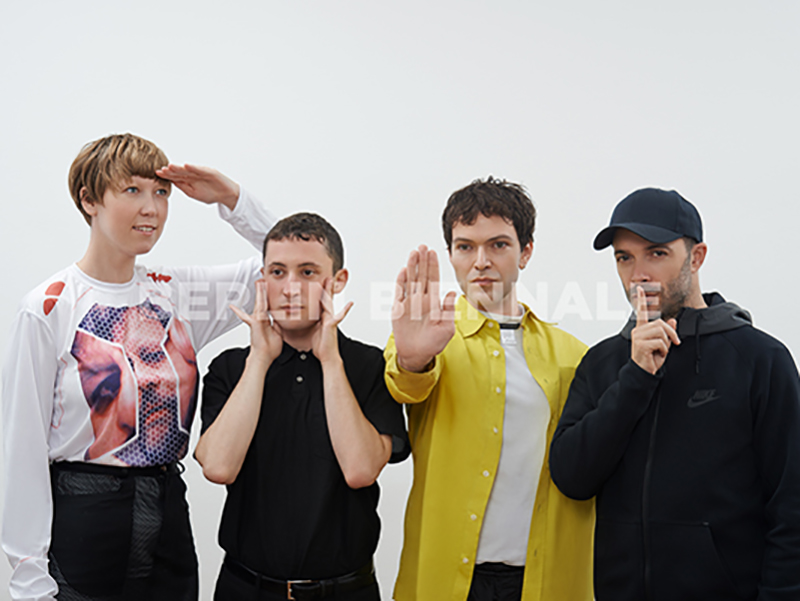 The Curators – Who are DIS ?

They are Lauren Boyle, Solomon Chase, Marco Roso, and David Toro. In other words, they are the DIS collective. So what made them special to the point of being fit to curate an event as grand as the Berlin Biennale? Was it their many site-specific installations and intervention? The DIS Magazine, a “post-Internet lifestyle magazine about art, fashion and commerce” with a twist? Their Kim Kardashian look-alike contest from the 2011 Art Basel Miami Beach? Or perhaps the mock store they set up at Red Bull Studios in New York in 2014? In all honestly, even if it’s just one of these, we’d understand, although let’s face it – it’s all of these. In a statement that announced their curatorial adventure, the Berlin Biennale said: “DIS explores the tension between popular culture and institutional critique, while facilitating projects for the most public and democratic of all forums – the Internet.” Are we right to expect a big old critique-praise of the post-internet world and its wonders?

So far, we know there will be 10 platforms for the showcasing of contemporary art, one painting and some 120 artists. According to the biennale website, the majority of participants will produce new works. Make sure you keep an eye for shows within shows and other small details that might escape you amid all the happenings this summer. The 9th Berlin Biennale ”will seek to materialise the paradoxes that increasingly make up the world in 2016: the virtual as the real, nations as brands, people as data, culture as capital, wellness as politics, happiness as GDP, and so on,” All of this will be done in multiple locations in the city, starting with the above mentioned Akademie der Kunste on Pariser Platz, and proceeding with the ESMT European School of Management and Technology, The Feuerle Collection, the Blue-Star sightseeing boat by Reederei Riedel, and of course the KW Institute for Contemporary Art.

If you’re just way too excited, you can head over to the Berlin Biennale official website, where a platform called Fear of Content has been launched. Stealing its title from the seminal Rob Horning essay, it is a digital platform and a continuous feed of essays, interviews, digital projects, content and more content, as a celebration – or a critique? – of contemporary society’s dependence on notifications and information. Already online are Natasha Stagg’s (micro) Trends and their Discontents, McKenzie Wark’s Geopolitics of Hibernation and climate wars, Chus Martinez’ The Complex Answer about different organizational forms of experience, exhibition, design, and the possibilities ahead, Boris Groys’ Cosmic Anxiety on universal connectivity and, of course, Rob Horning’s Fear of Content, an intentional misinterpretation of Susan Sontag’s 1956 Against Interpretation publication and an examination of the relation of content and form in the age of internet.

But fear not, there will be more. Among the coming-ups, there are names like Rem Koolhaas, Hans Ulrich Obrist, Simon and Daniel Fujiwara, Simon Denny and Izabella Kaminsky, Meredith Meredith, Ingo Niermann, Alexandra Pirici, Puppies Puppies, Eduardo Viveiros de Castro and Deborah Danowski, with Michelle Sommer and Daniel Steegmann Mangrané. 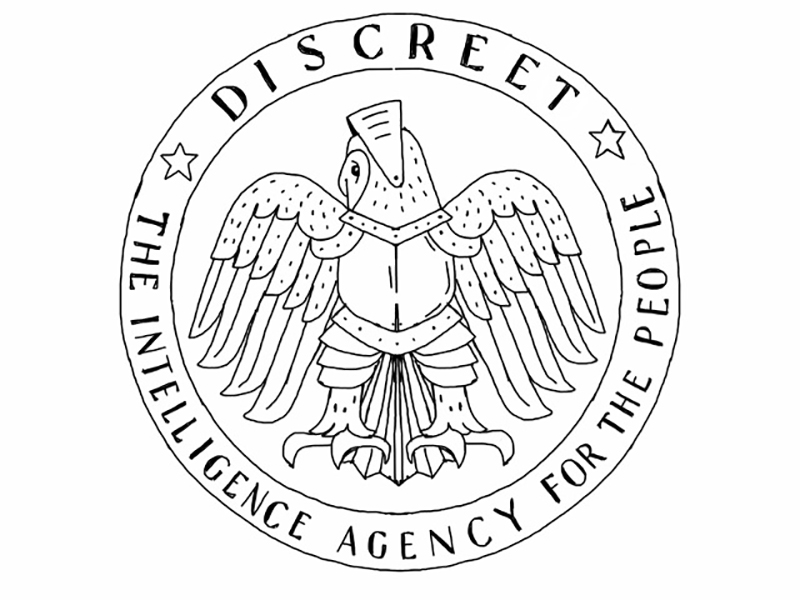 DISCREET, The Intelligence Agency for the People

Have you ever wanted to take part in the formation and development of a civil secret service organization? If you have, until May 13 2016 you can apply for one of the fifteen spaces open for individuals interested in participating in a three-week-long public workshop entitled DISCREET. Held from June 22 to July 11, 2016, the workshop brings together renegade experts from art, theory, technology, politics, law, hacktivism, and financing in order to provide (a) new agency for the twenty-first century. During this time, the participants will work together with their colleagues in one of the central venues of the Berlin Biennale from 10am to 6pm to create their own set of ideas, projects and platform, through which they will develop innovative political, technological and social/cultural concepts and strategies. Didn’t we say DIS can definitely surprise us over and over again? And to think this is only the preview…

The opening of the 9th Berlin Biennale for Contemporary Art will be held on June 3 2016 from 7pm to 10pm. Tickets will cost 16€ per person, 10€ reduced, 14€ for group ticket of 10 people and more, for all venues (except boat). If you need a place to stay in the city, make sure you check out our selection of the best hotels in the areas of Kreuzberg and the central Mitte!